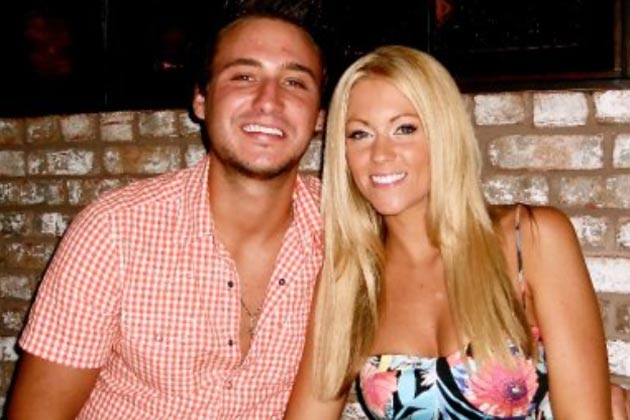 Eric Gunderson of hot Country duo LOVE AND THEFT recently confirmed that he and wife Emily were expecting. Today he learned the exciting news that it’ll be a boy!!

“I’m so excited to have a boy!!” exclaimed Eric. “Emily would be happy either way but I’ve been secretly planning father/son hunting and fishing trips all along. I might even let him try his hand at guitar, although, you know those musicians are a handful…”

This will be Eric and Emily Gunderson’s first child. The couple wed in April 2010, as reported by People Magazine.

Love and Theft received two CMA Award nominations (New Artist of the Year and Vocal Duo of the Year) and are currently nominated for an American Country Award. Their self-titled album was released in July 2012 on RCA Nashville and features the #1 hit “Angel Eyes,” which now has over 4 million views on YouTube. Their latest single, “Runnin’ Out of Air” is a steamy Country rocker flavored by influences like The Eagles and Maroon 5. The new video recently debuted and can be viewed HERE. Love and Theft is currently on the road with CMT ON TOUR JAKE OWEN: THE SUMMER NEVER ENDS 2012.