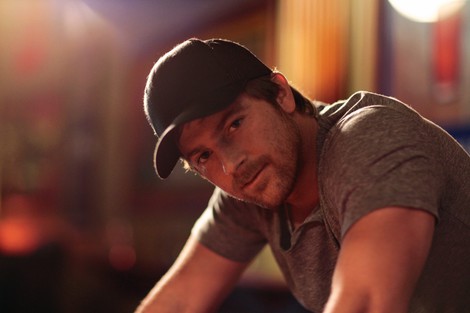 Kip Moore has scored his second number-one single with “Beer Money,” which climbed to the top spot on the Mediabase/Country Aircheck country chart. The Georgia native says the song was inspired by a friend of his whose father lost his job of 31 years.

“I was talking to a buddy of mine’s dad who lost his job of 31 years, and how somebody his age, working at the same place for 31 years that has to be pretty much his only identity, that’s what he does. And how scared he must be for losing that job, which led into how tough times are right now,” says Kip. “But regardless of how tough times are, ticket sales are still up, people are still going to movies and bars are still filled with people having a good time. No matter how rough times get, people are still gonna need that outlet to go and do something.”

Kip just wrapped up his stint on Eric Church’s Blood, Sweat & Beers tour and is now probably enjoying a little R&R and perhaps a beer in Mexico. He tweeted to his fans on Sunday, “Mexico bound! Had a blast on the Church tour and look forward to shows next year…’preesh all the support!”

Grab your copy of the #1 song “Beer Money” now by clicking HERE.

One reply on “Kip Moore Scores Second No.1 Single With “Beer Money””