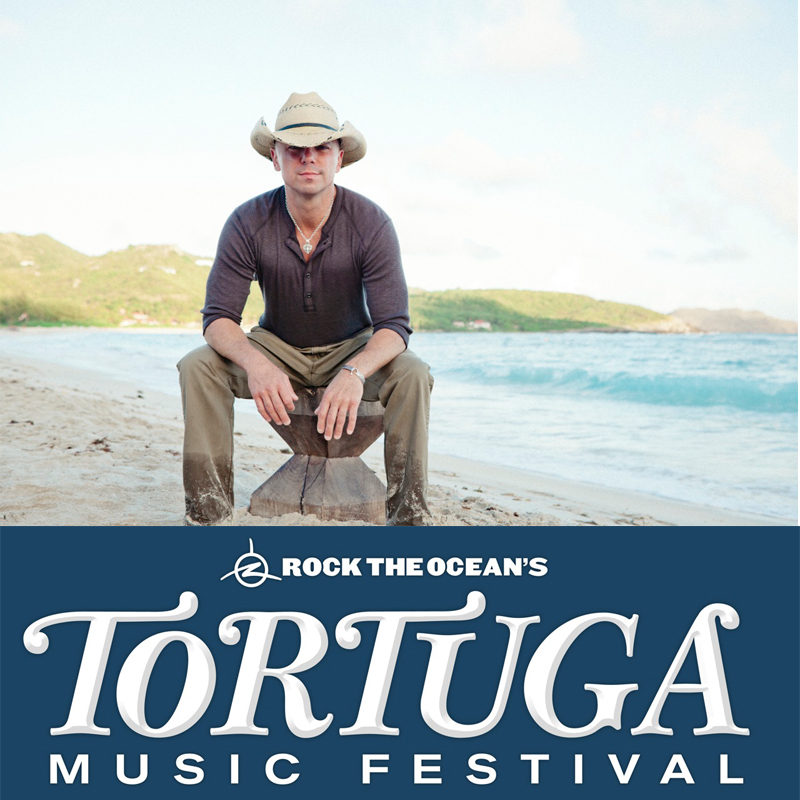 Multi-platinum artist and touring sensation Kenny Chesney is scheduled to be one of the headliners for Rock The Ocean’s inaugural TORTUGA MUSIC FESTIVAL, April 13-14, 2013, presented by Landshark Lager. The two-day music festival produced by HUKA Entertainment, will play host to twenty plus pop, rock and country artists who will perform on three stages, located directly on the beach.

The sands of Fort Lauderdale Beach will be turned into our oceanfront festival grounds, making Tortuga Fest, a music and ocean lover’s paradise. Fans will enjoy music performances with the sun and stars above, an ocean breeze in the air, and sand under their feet. Local culinary fair, sustainable seafood as well as traditional festival favorites will be served.

In partnership with Guy Harvey Ocean Foundation and Ocean Conservancy, a one-of-a-kind Conservation Village will be located on site to educate audience members and provide them with the information and tools they need to help preserve the world’s oceans.

Festival creators Rock The Ocean and HUKA Entertainment are thrilled to partner with the Guy Harvey Ocean Foundation.  RTO founder, Chris Stacey said, “in addition to being a world renowned artist, Dr. Guy Harvey is a world-class conservationist. Our team is great at creating amazing concert experiences, and Guy and his team know how to help save the worlds oceans.”

“This is not your average music festival,” stated producer AJ Niland. “This festival will showcase world class talent, with world class amenities on a world class beachfront setting. More importantly, it is a festival with a purpose.”

“Live music and the beachfront are rooted in the Landshark lifestyle,” said Michael Lourie, Landshark Lager brand manager.  “In teaming up with Rock the Ocean’s Tortuga Music Festival, we’re excited to showcase a weekend of great music while we raise awareness about the collective responsibility we have to care for our coastlines.”