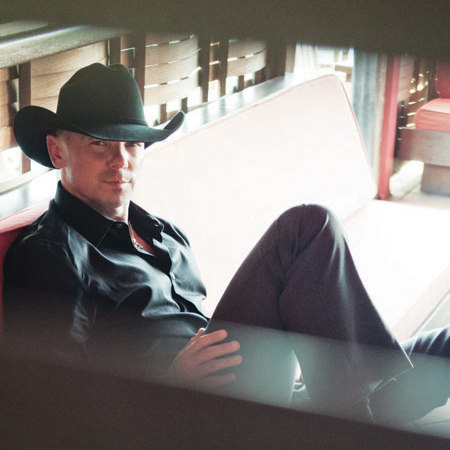 Kenny Chesney recorded one of his favorite songs in recent memory when he stepped behind the microphone to sing his latest hit, “El Cerrito Place.” And Kenny says that even though it’s a song that he’s liked for quite some time, it took awhile for him to feel that he was at a point in his life where the song could feel truly real for him.

Chesney says that he needed the right time to record his latest hit, “El Cerrito Place.” “I felt like that I was at a…finally at a place in my life where singin’ this song, where I felt like that I could put all of my life into it, because I have been that person in the song.”

“I have felt every bit of that emotion that the character in the song is feeling” Chesney says. “It’s just one of my favorite songs that I’ve recorded in awhile, and it’s a very unique song. And I’m not sure that I was ready to record that song like I said earlier on in my career. I felt like, as a human being, and emotionally, I have been there a few times. And when I got behind the microphone, it felt authentic, and it felt real to me. And that’s what I’m trying to do more and more of.”

Kenny Chesney looked to his “You and Tequila” vocal partner Grace Potter to sing harmony on “El Cerrito Place,” and Kenny says that Grace did an amazing job of capturing the character’s feelings in the song. “It’s always been a song that I liked, but when I recorded it, and when Grace Potter came in and sang that harmony, she had a way of makin’ you feel that person’s pain in that song, and I didn’t know that was gonna happen with ‘El Cerrito Place.’ And I think that’s an emotion that we all feel, in one way or another, and I think it’s what makes that song so great is just the basic fundamental emotion of searching and longing.”

“El Cerrito Place” is the latest smash from Kenny’s Welcome to the Fishbowl album, which has already given us the chart-topping “Come Over,” as well as Kenny’s duet with Tim McGraw on “Feel Like a Rock Star.”

And congratulations to Kenny, who this past weekend was named among CMT’s Artists of the Year at their annual special!