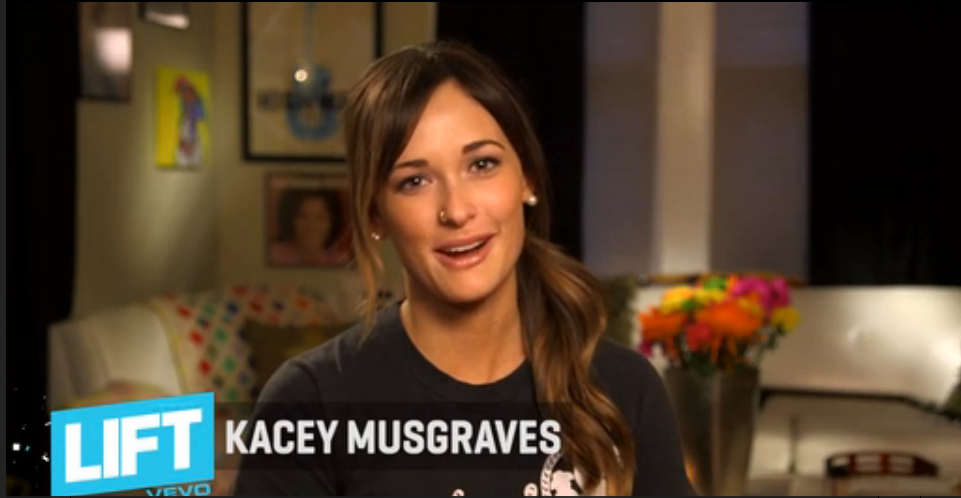 Mercury Records’ singer/songwriter Kacey Musgraves has been tapped by VEVO to be their next “LIFT” artist starting today. This addition makes Kacey the first country artist selected by VEVO for LIFT, which supports emerging acts. Past LIFT artists include Jessie J, Dev, One Direction and Rita Ora.

Over the next eight weeks fans will have the opportunity to get to know Kacey through exclusive interviews, behind-the-scenes footage, video premieres and intimate live performances, all exclusive to the VEVO platform. Access Kacey Musgraves on VEVO at vevo.com/lift

Said VEVO’s Doug McVehil (SVP, Music Programming, Talent & Operations): “VEVO is THE home for premium music videos from every genre.  While we have focused primarily on pop, hip hop and rock artists for LIFT, we’ve always wanted to throw our support behind country artists.  Kacey is a remarkable young artist and was an obvious first choice.  We’re excited to work with our partners at Universal Nashville to provide her with a LIFT.”

Along with the insight into all things Kacey Musgraves online, you can also catch her out on tour. With the continued success of Kacey’s debut single “Merry Go ‘Round” (this week No. 22 on the Billboard country charts) Kacey was asked to join Little Big Town on their Tornado Tour starting January 31, 2013 with stops in Birmingham, New York, Atlantic City and Washington, DC to name a few.

Furthermore, Musgraves was asked to join the Kenny Chesney No Shoes Nation stadium tour for the summer of 2013. The No Shoes Nation tour begins March 16, 2013 in Tampa and ends August 24, 2013 in Foxboro, MA.

Pick up her new single ‘Merry Go Round’ on iTunes now by clicking HERE.