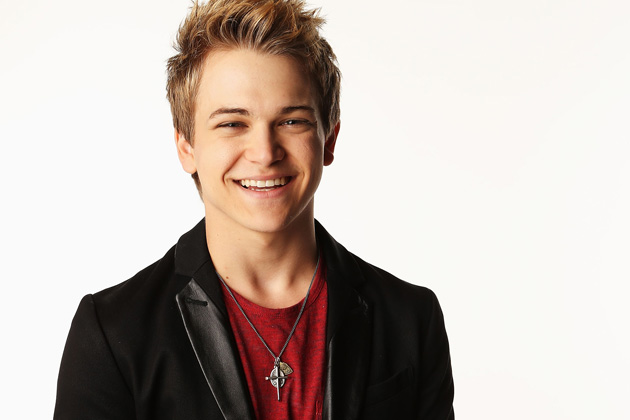 CMA New Artist of the Year Hunter Hayes has had an amazing 2012.  Many milestones were reached and many more are sure to be in the near future for him.  As the Christmas holiday approaches, Hunter shares some holiday memories including his Christmas Traditions, Favorite Song and More.

Favorite Christmas Musical Gifts Memories 2:
I think my favorite Christmas memory is a combination of the fact that for five years in a row I asked for musical instruments every year. So I woke up and I got a musical instrument, which was awesome. Then just hanging out with family.  That’s one of two days a year that I know I will get to see everyone in my family.  In Louisiana, everybody lives pretty close to each other, so you know you’re going to see everybody. So it’s really cool. I definitely appreciate it more now that I’ve moved away than I think I did then.  Just getting to see everyone at once. And we’d always just hang out and watch whatever was on tv or just chat about whatever, good home cooking.  You know, grandma makes the best food in the world—both of my grandmothers, if they’re listening.  They’re both equally awesome.  It was a time where we’d go from one house to another just seeing everybody.

Christmas Holiday Season Traditions:
I think if I have any holiday traditions now it is just to make sure that I get back to Louisiana to see all my family.  Because you know everybody’s there and we love to just hang out and that’s kind of just a tradition of ours, and it’s kind of understood that three days before and three days after Christmas or New Year or Thanksgiving, we just go down to Louisiana and spend time there and just hang out.  No agenda. No list of things to do. We just go to see family, and visit and catch up, which is always, always needed.

Favorite Christmas Song:
I think my favorite Christmas song is probably I’ll Be Home for Christmas. I don’t know what it is about that song that just sleighs me every time I hear it because it’s so profound. It’s just so sincere, you know. It’s just one of those songs that’s really just real, that everyone can relate to.  Everybody either goes home for the holidays or has friends that they want to go visit or a significant other they want to go visit, you know, things like that; I feel we all just want to go for the holidays. It’s just one of those songs that just gets me every time.