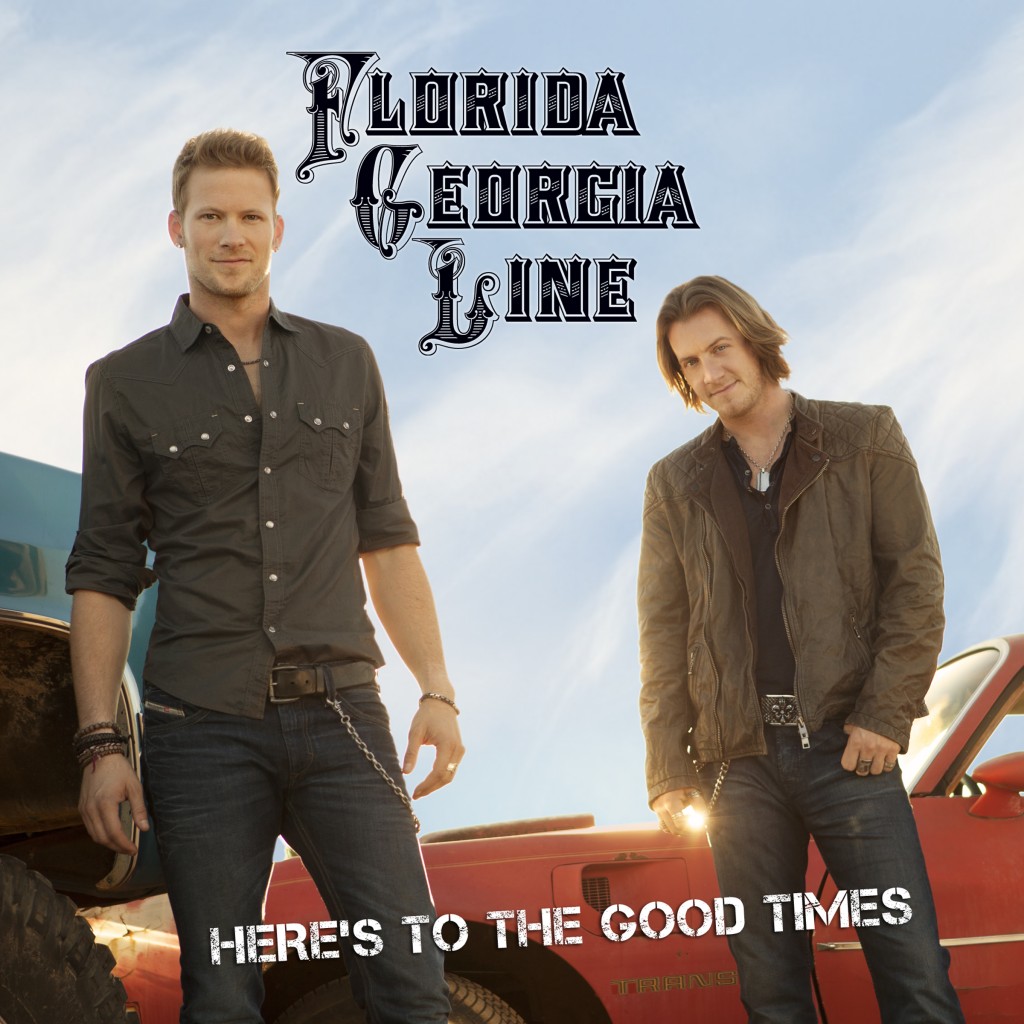 Republic Nashville’s hot new country duo, Florida Georgia Line, makes a dynamic impact on country music with the release of their debut studio album, Here’s To The Good Times.  The album houses 11 solid tracks, 6 of which were co-written by Tyler Hubbard and Brian Kelley.

Here’s To The Good Times is One of the Best Debut Albums of 2012, and is a must have to add to your music collection.  Brian & Tyler’s hard work and efforts are evident with every song on this album.  It’s not often when you can put a CD in, listen to every song from start to finish, and then listen again because it’s just that good. That is exactly what happens when you listen to Here’s To The Good Times. Every song on the album is a standout track, and I’d venture to say there are several more #1’s on the way for Florida Georgia Line!

There is a song for everyone on this album to enjoy and/or relate to.  “Cruise” kicks things off, and definitely sets the tone as a great time is ahead. The momentum continues throughout the album. “Round Here” is a laid back track that will have you hooked right away, and will make for a great fit on country radio.  Album titled track, “Here’s To The Good Times”, is a song that everyone can connect with as a good time can be had no matter where you wind up.  “Hell Raisin’ Heat Of The Summer” is another standout track on the album reflecting back on summertime memories.

While the album is upbeat and includes several party songs, Hubbard and Kelley showcase their talents and emotions on “Stay”.  The song is a cover from the rock band Black Stone Cherry, however, Tyler and Brian do a fantastic job putting their country-rock mark on this track.

Here’s To The Good Times is a strong album from start to finish.  In addition to hit single “Cruise”, CountryMusicRocks Top 3 song picks include: “Round Here”, “Stay”, and “Tip It Back”.

Florida Georgia Line continue to rock on the CMT Summer Never Ends Tour with Jake Owen, and will be joining Luke Bryan on the Dirt Road Diaries Tour in January 2013.  For a complete list of tour dates, click HERE.

Be sure to pick up a copy of Here’s To The Good Times at a retail store near you, or on iTunes by clicking HERE.  Keep up with Florida Georgia Line by visiting their Official Website, Like them on Facebook and Follow them on Twitter.