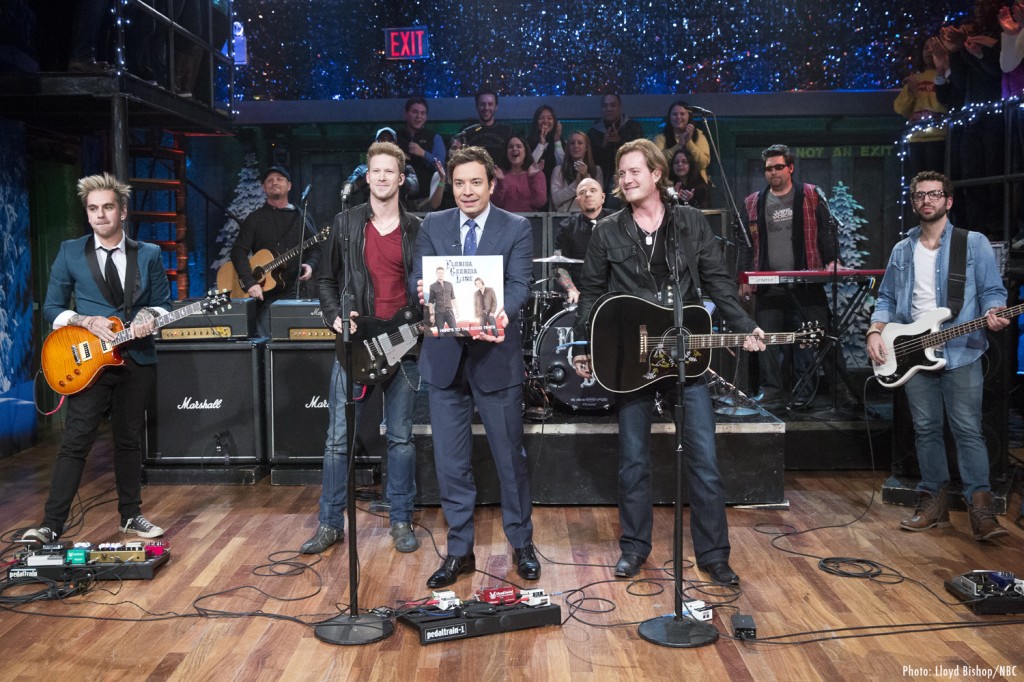 Florida Georgia Line has been heating up the music scene – and just this week – earned the highest debut album sales of 2012 for a new Country artist with nearly 63,000 copies of HERE’S TO THE GOOD TIMES. The debut project on Republic Nashville entered the sales charts at #3 on the Billboard Country Albums and #10 on the Billboard Top 200.

Last night, FGL made their national television performance debut on NBC’s Late Night with Jimmy Fallon. Watch them perform their Platinum-certified debut single, “Cruise,” HERE.  (approx. 37:30 mark). This morning (12/13), they stopped by FOX & Friends to play the breakout smash, which has spent two consecutive weeks at #1 on Country radio charts and is the #1 best-selling single for Country this week.

After selling out every date on the CMT Tour with headliner Jake Owen over the last few months, FGL will hit the road again in January 2013 with Luke Bryan’s “Dirt Road Diaries Tour.” Their energetic stage presence and infectious lyrics have earned the attention of fans and Superstars – Taylor Swift, Keith Urban, Jennifer Nettle’s (Sugarland) and Dierks Bentley – alike.