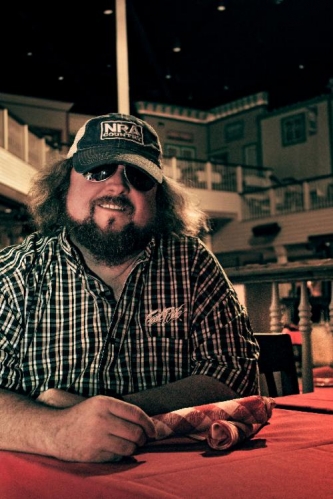 Country music star Colt Ford has been chosen as the NRA Country Artist Of The Month for December. Simultaneously, he is also celebrating his first nomination as “Breakthrough Artist of the Year” on the fan-voted Fox television broadcast of the American Country Awards live from Las Vegas on December 10, at 8:00 pm ET/PT.

His latest album, Declaration Of Independence, which debuted at #1 on Billboard’s Country Album chart, is one of the most noteworthy country releases of the year. He closes out the year, joining some of country music’s biggest artists in teaming up with NRA Country to celebrate his support of our brave men and women in uniform, appreciation for the great outdoors, and love of family.

“I have lived my life and built my career around core values my parents instilled in me: love of God, family, friends, America, and hard work.  I share those ideals with my NRA Country family. I embrace the chance to be a role model for my kids and all of the other young country kids who are the future of this great nation. God Bless America. My Name is Colt Ford and I am NRA Country.”

As part of the December promotion, fans can register to win a Colt Ford prize pack including:  an autographed copy of the new album Declaration Of Independence, t-shirt, hat, and sticker.  Fans can also check out an exclusive behind the scenes video from Colt Ford’s recent visit to the NRA headquarters.

Visit nracountry.com/this-is from now through the end of December to check out the exclusive video and register to win.