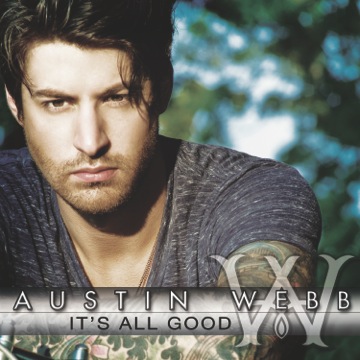 Get ready for another fantastic country newcomer to hit the country radio airwaves!  Signed with Streamsound Records, Austin Webb is gearing up to release his debut single “It’s All Good” to country radio on December 17th.

Austin Webb has one of those voices that automatically sets him apart from every other voice in country music.  It’s on full display in his single “It’s All Good”.  The laid back tone of the song is just a great fit for the title.  Webb tells CMR Contributer Bobby C. that the song is about “waking up next to a good lookin’ woman and just enjoying the day.”  “It’s All Good” features a blend of harmonica, a catchy bass riff, and a bluesy sounding guitar.

Austin’s unique style is something that won’t limit him.  His ability to fit into the song he is singing is something that sets him apart from everyone else. Webb says he wants to be something fresh for country music.  He calls his music “Country Soul”.  The 24 year old says he wrote “It’s All Good” in 45 minutes, while smoking half a pack of cigarettes, sitting on the porch of a house, eating chicken and drinking tea.