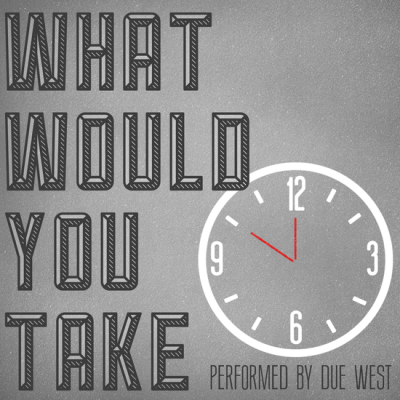 In light of the recent hurricane Sandy disaster that has impacted millions of people in the Northeast, Black River Entertainment is offering a free download of the touching and topical song, “What Would You Take” as it encourages donations to the American Red Cross and the Salvation Army to help those who are in need as a result of the devastating storm.

“The decision to do nothing to help was just not an option. We had to do something!” stated Black River Entertainment CEO Gordon Kerr.  The directive of the fundraising initiative aims to help bring financial and emotional relief to those affected by Hurricane Sandy’s wrath on October 29 and 30.

The ‘“What Would You Take?’ Download & Donate” campaign allows donors to download “What Would You Take” at no cost and then directs people to the American Red Cross and Salvation Army’s website to make a donation in the amount of their choice.

The driving force behind the campaign is the breathtaking ballad, “What Would You Take,” penned by hitmakers Doug Johnson and Steve Diamond.  Written over two years ago following the earthquake and tsunami that paralyzed Haiti in January 2010, the song speaks to the feelings of loss, as well as hope, that are being experienced today in Northeast.

The idea behind “What Would You Take” came to Steve as he walked through Nashville’s Percy Warner Park wondering what he would take if he only had ten minutes before Mother Nature took everything he left behind. “I started thinking, ‘what is most valuable, what would you take?’  Then I started making a list of things and I wasn’t satisfied with where the list was going.”

Steve then brought the idea to Doug Johnson who added the element of love and family.  Johnson remembers, “The thought kind of knocked me out.  What is absolutely the most important?  It’s the people we love.  After that, the song basically wrote itself.”   In reflecting on the newly relevant song years after initially writing it, Doug still finds that his day is a little better when he applies the message of the lyric and will “try to remember, to ask myself this question. With every morning when I wake up, [I] find the glory and the blessings.”

Produced by Johnson and Kerr, the song pairs the vocal harmonies of country music trio Due West with a solo piano to create a poignant and emotional performance.

In the wake of Hurricane Sandy, the hope is to motivate the hearts of those who can help and heal the hearts of those who have lost.  In the spirit of expediting this process, Black River Entertainment has made the song available to radio and media outlets for their use.  Please visit www.whatwouldyoutake.com to make a donation and download the song for free.