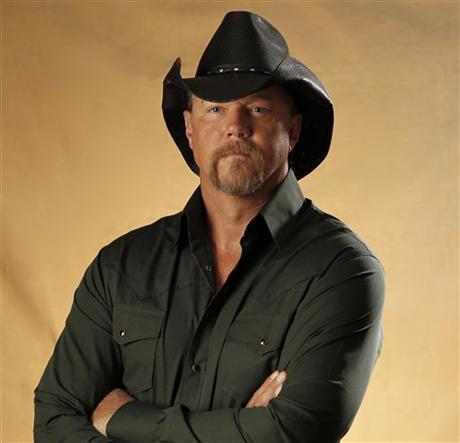 Country star Trace Adkins will release a brand new, Celtic-infused version of the Christmas classic, “We Three Kings,” on iTunes and all digital retailers next week. He’ll debut the song for a national television audience on NBC’s Christmas in Rockefeller Plaza on Nov. 28 (8:00pm ET).

First though, Adkins will perform on the Macy’s Thanksgiving Day Parade on NBC (9am-12pm in all time zones, re-airing at 2:00pm). He’ll also headline Macy’s Great Tree Lighting at Lenox Square Mall in Atlanta, GA where he’ll perform “We Three Kings” and other songs of the season.

Produced and arranged by Michael Spriggs and Jon Coleman, the new version of “We Three Kings” is laden with the gravitas of robust Celtic influences and Adkins’ resounding baritone. Sonya Isaacs adds her angelic voice as Adkins sings of the kings who journeyed to Bethlehem bearing gifts – a tradition honored to this day by those celebrating the Christmas holiday.

“The holidays are about honoring tradition and thinking of others,” says Trace. “These important men of power humbled themselves by bringing gifts to an infant in meager surroundings because they believed.  It’s a good reminder of what the Christmas spirit is really about.”

Long known as a tireless supporter of the troops, Trace will embark on his Seventh USO Tour on November 25th. As previously announced, he serves as the spokesperson for the 2012 American Red Cross Holiday Giving Campaign. Adkins is encouraging people to look beyond material gifts and instead consider giving charitable donations, sending cards for military heroes or donating life-saving blood.