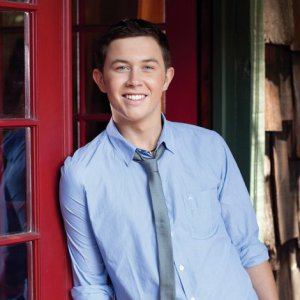 “Being from North Carolina, I have seen firsthand what hurricanes can do. After seeing the devastation caused by Sandy, I wanted to figure out a way to help,” says McCreery of the upcoming concert. “And given that we have a show at the Beacon Theater the day after Thanksgiving, I thought ‘why not turn that New York show into a benefit?’”

Since the storm struck, World Vision has focused on providing assistance to communities in Queens, Staten Island, Bronx, Yonkers and Coney Island in New York; as well as in Hoboken and Egg Harbor township in New Jersey. In addition to McCreery’s ticket donation, World Vision will also be collecting donations onsite during the November 23rd concert.

“World Vision is honored to have been chosen by Scotty and his family to join together and help those still suffering from the aftermath of Hurricane Sandy,” says Michael Bianchi, Director, World Vision Artists. “Our global mission is to serve those in need, even here in our own country. Scotty’s wish to do the same, especially at this time of the year, makes for a perfect partnership.”

McCreery has also invited his friend and American Idol fan favorite Pia Toscano to join him at the Beacon for a special performance. “New York is my hometown and it’s been difficult to watch what has happened there to my friends and family,” says Toscano. “So when Scotty asked me to be a part of his Beacon Theater benefit performance, I jumped at the chance.”

The New York City concert will feature songs from McCreery’s Platinum debut album Clear As Day as well as many songs from his new holiday album, Christmas With Scotty McCreery, which has sold more than 100,000 units in 5 weeks. Christmas With Scotty McCreery, an 11-song collection produced by Mark Bright, features two original holiday tracks as well as classic favorites.

With the holidays in mind, McCreery adds, “It’s fitting that the day after Thanksgiving, we can all show how thankful we are to live in a great country where Americans help Americans in their time of need. So, I hope everyone will come out and support the ‘Beacon Theater Benefit for Hurricane Sandy Relief.’ It will be a fun night and a grateful way for us all to kick off the holiday season.”

Doors open at 5pm on Friday, November 23rd and the show begins at 5:30pm. For tickets, go to Ticketmaster HERE.