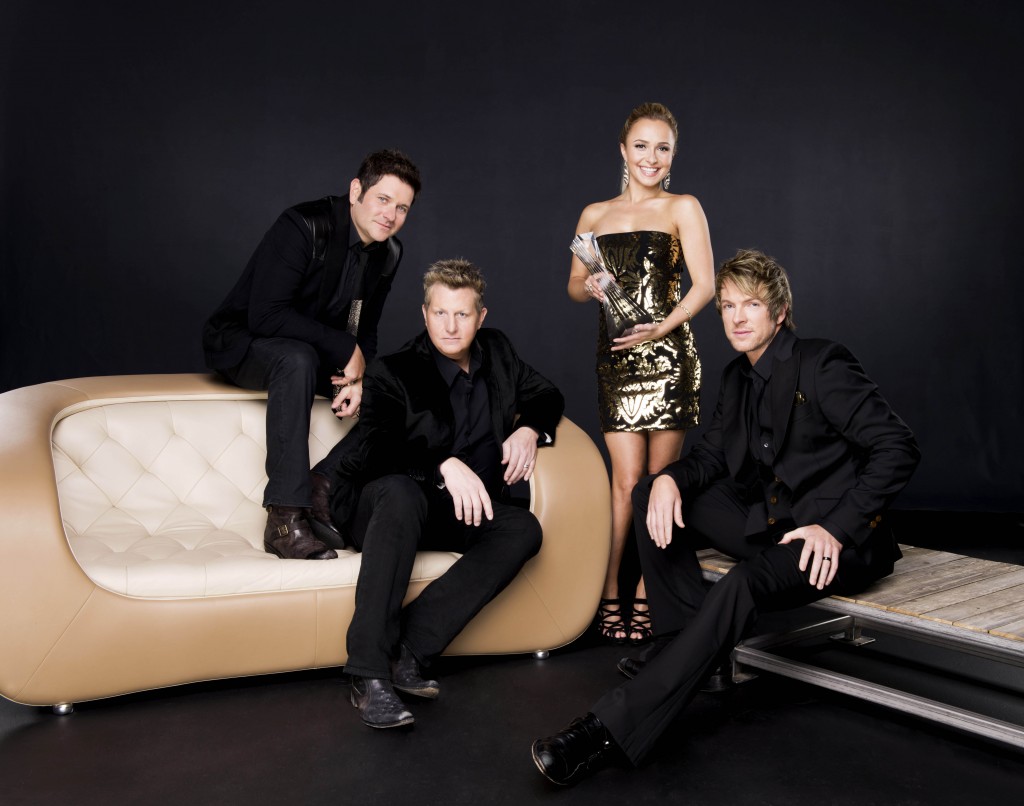 Country super group Rascal Flatts and “Nashville” actress Hayden Panettiere will honor the top country acts of 2012 as hosts of the third annual 2012 CMT ARTISTS OF THE YEAR premiering Saturday, December 8 at 11:00 p.m., ET/PT.  The 90-minute special is the most exclusive gathering of country music superstars of the year and celebrates the class of 2012 with an incredible evening of wall-to-wall performances and special appearances from others in entertainment.

“We are honored to be co-hosting the ‘CMT Artists of The Year’ show with Hayden. Save the cheerleader, host a TV show!,” said Rascal Flatts member Jay DeMarcus. “We’re gonna have a blast!”

“Nashville is my second home now,” says Hayden Panettiere.  “I am so happy to be embraced by the country community and to be included in such a big event, especially with Rascal Flatts. I can’t wait to see how the evening unfolds!”

For the first time ever, CMT is keeping the illustrious list of honorees top secret until they are revealed on the night of December 8.  Will Jason Aldean make it a three-peat?  Will fan-favorite Miranda Lambert be honored? Will country’s biggest bad boy Eric Church make his debut as one of the CMT ARTISTS OF THE YEAR?  With so many artists having had a successful year like Kenny Chesney, Toby Keith, Carrie Underwood, Jason Aldean, and many more, it is going to be tough to predict which artists will walk away with the CMT honor.  Past artists named as CMT Artists of the Year include Jason Aldean, Kenny Chesney, Lady Antebellum, Brad Paisley, Taylor Swift, Carrie Underwood, and Zac Brown Band.