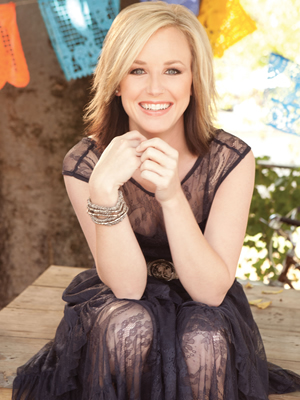 Arista Nashville’s Kristen Kelly debuts her new web video, “He Loves To Make Me Cry,” on VEVO today. Fans can watch the video HERE. Co-written by Kristen, Paul Overstreet and Even Stevens, the video features live performances as well as studio footage of Kristen performing the song.

“He Loves To Make Me Cry,” which will impact radio early next year, is featured on Kristen’s self-titled four-track EP that was released last month. The EP features Kristen’s Top-30 single, “Ex-Old Man,” as well as two previously un-released tracks.

“I can’t believe I get to be a part of this tour,” exclaimed Kristen. “I’ve been lucky enough to play with Rascal Flatts before and I can’t wait to do it again. Christmas came early this year!”

For more information on Kristen go to http://kristenkellymusic.com.