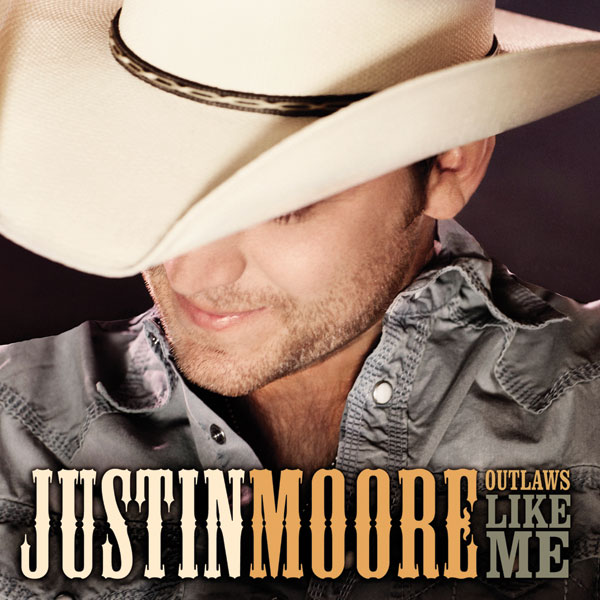 Country hitmaker Justin Moore has achieved another career milestone – GOLD certification. His sophomore album on The Valory Music Co., OUTLAWS LIKE ME, has sold over 500,000 copies and produced the fastest-rising single of his career – #1 hit “If Heaven Wasn’t So Far Away.”

“It’s incredibly humbling to have OUTLAWS earn us a gold record.  God has been great and I can’t say thank you enough to Him and all of the people in my life who have helped to make this possible. It’s taken everyone from my family, friends, label, manager, producer, band and those who work behind the scenes,” stated Moore. “I also want to say a huge thank you to country radio for showing their support for me from the word go. To my fans, you’ve been so good to me over the years … THANK YOU! I can’t wait to get new music out for everyone soon.”

The album hit the #1 spot on Billboard’s Soundscan chart in its first week and earned high praise among critics. The Washington Post described his music as “consistently brawny and upbeat, reminiscent at times of Hank Williams Jr.” and The New York Times hailed him as a “a strong and versatile singer,” as well as a songwriter whose lyrical “fantasies of regional pride and class revenge are the meat and potatoes of modern country music.”

The project also features fan favorite “Bait A Hook” and the Southern stylist’s first real love song, “Til My Last Day,” which has a special place in his wife’s heart (and on his wedding band). The single continues to climb the Country radio charts and marks his forth Top 10.

Moore has gained the attention of fellow Country Superstars, touring with Brad Paisley, Darius Rucker and Blake Shelton, among others. He is currently on the road with Eric Church’s BLOOD, SWEAT & BEERS TOUR and has received some rave reviews.

According to the Sioux City Journal, “…Justin Moore had those kinds of hits that fill cars on the ride home from work. But it was his tribute to his late grandfather, ‘If Heaven Wasn’t So Far Away,’ that impressed. Prompting folks in the packed house to raise their cell phones in tribute to someone who has died, he got an impressive display of Verizon power. The arena glowed like the opening ceremonies at London’s Olympics.”

It’s evident that Moore’s star has grown significantly since he was named Billboard’s “Top New Country Artist of 2009.” To date, he has sold over 3.5 million digital downloads and his self-titled, debut album scored three consecutive smash singles (the #1 “Small Town USA” as well as the hits “Backwoods” and “How I Got To Be This Way”). He has been profiled by publications from The New York Times, The Washington Post and People Country to Billboard and USA Today.