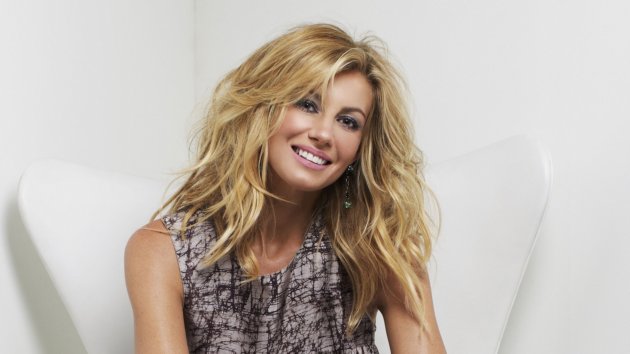 Five-time Grammy Award winner Faith Hill will premiere her first official music video in nearly five years, “American Heart”, in a fan-first web simulcast to take place at FaithHill.com and Facebook.com/FaithHill via uStream video service. The event, which will take place on November 8th at 9:00PM ET, will also feature exclusive behind the scenes footage of the making of the video and Ustream’s dynamic Social Stream feature that will allow fans all around the world to chat together before, during and after the premiere.

“When I first heard this song I was brought to tears,” said Faith. “I not only knew I had to record it, but I almost immediately saw it visually. It’s awesome and so appropriate to be able to share it with my fans first, because they’ve been so supportive of me throughout the years.”

“American Heart” was shot in Nashville last month and was directed by Trey Fanjoy. It features 10-year-old T.J. Jones, Faith’s sidekick throughout the video, who helps to bring the spirit of the song to life.

“American Heart” was co-written by Jonathan Singleton and Jim Beavers and is an anthemic tribute to the spirit of the ‘American heart’. Hill’s vocal is as powerful and distinct as ever, serving as a reminder that hers is one of the best voices of a generation. The song was co-produced with Byron Gallimore and Faith and was recorded at Blackbird Studios in Nashville.

“American Heart” is available on iTunes HERE. To stay up to date on the latest news, follow Faith at twitter.com/faithhill or go to faithhill.com.