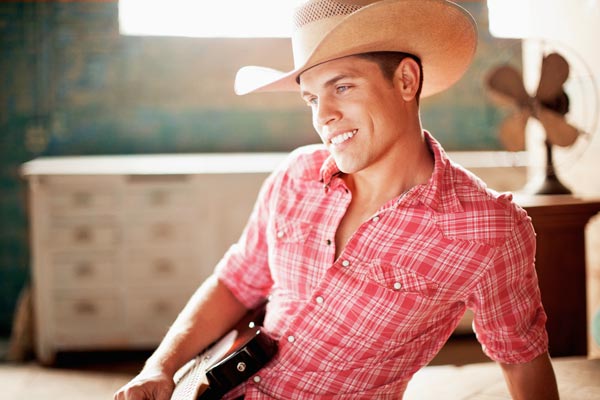 The TV performance coincides with the exciting news of a very successful second week at Country radio for the artist’s latest single. “She Cranks My Tractor” earned a spot in the Top 40 Billboard Country Chart, rising to #39 this week. Additionally, Lynch’s second single from his number one debut album was the #1 Most Added Song at Country Radio upon its debut last week.  This week, the single once again earned double digit adds and held strong as the #2 most added song across Country Radio.

Lynch has had a triumphant year thus far with his hit debut single, “Cowboys and Angels”, earning two American Country Award nominations for “Single of the Year- New Artist” and “Video of the Year- New Artist”. Lynch will appear on the awards broadcast live on FOX from Las Vegas on Monday, Dec. 10. He remains the only new male artist this year to have his inaugural album debut at #1 on the Billboard Country Albums Chart. The recent developments surrounding the release of “She Cranks My Tractor” add to the overwhelming list of achievements in 2012 that have made many of the artist’s lifelong dreams come true in just one year.

Watch the music video for “She Cranks my Tractor” HERE.

Since the release, “Cowboys and Angels,” is nearing platinum sales status and has surpassed over 4 million views on YouTube/ VEVO. He’s soared to #1 on the MTV Music Meter, earned a #1 ringtone on CMT, a Top 5 on the Billboard Heatseekers Songs Chart, and a #2 Country radio single.

Lynch has been lauded as one of Billboard’s “Most Anticipated Debuts of 2012,” People Country’s “Fresh Faces,” Country Weekly’s “Ones to Watch in 2012,” and the only solo male artist on Nashville Lifestyles’ 2012 “Hot List.”  People magazine recently called Lynch’s #1 self-titled album “one of the year’s best debuts.”   Lynch was recently profiled in USA Today as an “On the Verge” artist.

Heavily influenced in his youth by the famed “Class of ‘89” – comprised of such stalwart country singers as Alan Jackson, Garth Brooks and Clint Black – Lynch’s brand of Country is trademarked by his distinctively deep, emotional vocals, and lyrical embodiment of growing up in and people watching in his small hometown of Tullahoma, TN.