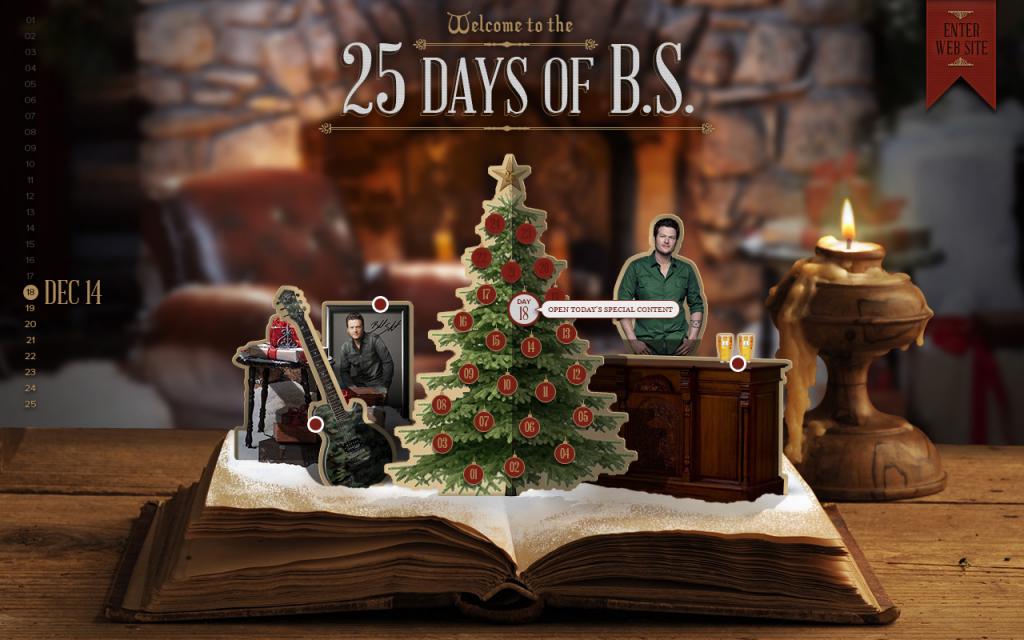 Celebrate with the 2012 CMA Entertainer and Male Vocalist of the Year, Blake Shelton, this holiday season and enjoy 25 Days of B.S. at 25DaysOfBS.com. Check in daily until December 21st for new messages from Blake, special giveaways and a whole lot more. Also, dont forget to tune in tonight for an interview and performance from Blake on The Tonight Show with Jay Leno at 11:35pmEST/PST on NBC and again November 29 on Chelsea Lately at 11pmEST/PST on E!. You can also catch Blake Sheltons Not So Family Christmas on Monday, December 3 directly following The Voice at 10pmEST/PST.

Fans can also look forward to the release of CMT Invitation Only: Blake Shelton to DVD on December 18 exclusively to Target stores. Taped before a small studio audience in Nashville, CMT Invitation Only: Blake Shelton features Blake performing his biggest hits and new favorites, along with an informal question and answer session with fans. The one hour special includes performances of God Gave Me You, Honey Bee, and Footloose, as well as three never before seen versions of The Baby, Drink On It, and Home.