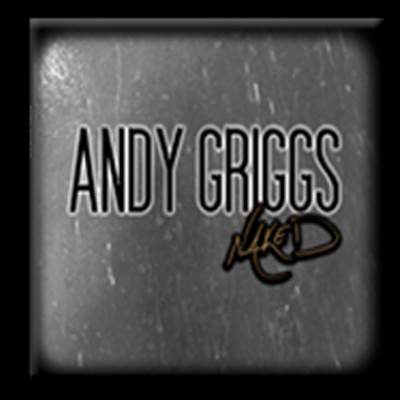 There is something special about an artist and their guitar, just playing acoustically and singing songs from the heart, making music the way it was supposed to be.  Andy Griggs‘ new album Naked is special.  It’s thirteen tracks of nothing but Andy and his guitar.  Songs that feature his smooth voice and songs that hit you in the heart.

From the first track of Naked to the last, you get lost in the lyrics, and the pictures they paint take you away to a place where you become a character in the song.  The album features several tracks written by Griggs and a few great covers of classic songs that Andy puts a special twist on.

With this acoustic album, you will listen over and over and over again.  Starting off with “Old Timer”, a Waylon Jennings song, Andy dives right in to the soul of country music.  We’ve all heard songs talk about love, life, and the pursuit of happiness, but sometimes it takes a certain song to make it sink in.  “Understanding Hank” is that song.  You finally get the sense of how he thinks.  “Heart Hush” was recorded by Reba a few years ago.  Andy said he’s always loved that song and decided it was time to record it.

“You and Cocaine”, a powerful song describes the pain of a break up being worse than dealing with the addiction of drugs.  Anyone who has gone through a bad breakup knows the pain that it brings.  There are songs that artists play at shows but never cut them for an album. “Superman” was one of those songs.  Andy says he never recorded it because it doesn’t have an ending.  Fans will love that one of the long time favorites is finally available.

“D’em Boys” will become a hunting man’s anthem.  No matter where you are, no matter what you’re doing, you’re always thinking about that next hunt.

One of my personal favorites is “Thrown Away”.  The impacting lyrics hit straight to my heart.  Going through a breakup, you feel “unwanted and forgotten…Almost like I never happened.  Sometimes it feels l’ve been thrown away.”

A well written song can describe any situation and make you think its about something totally else.  “Angel Flying Too Close To The Ground” is one of the those songs.  Willie Nelson wrote the song about his motorcycle, but the song could easily be about a relationship and helping a friend get back to that place where they need to be.

One of the more interesting songs on the album is “Blue Train”.  It’s the complete studio recording with the different takes.  It’s a masterpiece of a song because you can hear how the song came to be.

The album ends with “Me On His Mind”.  This song was written by Andy’s brother a few weeks before he passed away.  A powerful song that makes you think about life and how we live it.

While Naked is a different than what Andy Griggs fans are used to, this is truly something special.  Not many albums come along that you instantly have a feeling that it will be something you won’t soon forget.  Naked is definitely one of those albums.