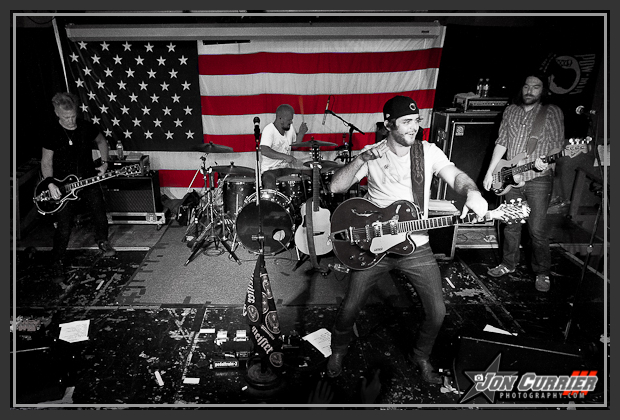 Country Newcomer Thomas Rhett is making quite the impact on country music.  Debut single “Something To Do With My Hands” immediately became a fan favorite, and his Self-Titled EP quickly rose to #1 on the iTunes Country Chart hours after its release.  Thomas was part of Toby Keith’s Live In Overdrive Tour this summer, and is gearing up to embark on Chris Young’s Liquid Neon Tour.

Thomas Rhett recently headlined a “low-dough” show benefiting Doernbecher Children’s Hospital, sponsored by 99.5 The Wolf and Duke’s Bar & Grill.   Rhett rocked from the moment he stepped on stage, entertaining fans with opening song “Middle Class White Boy”.  The momentum continued throughout the evening as Thomas performed songs such as “The Way Things Go”, “Whatcha Got In That Cup”, “Makes Me Wanna”, and “I Ain’t Ready To Quit” a song that was written by Rhett and recorded by Jason Aldean.  In addition, Rhett treated fans to a brand new song, “Honey You’re Killing Me”, that will be on his forthcoming album.  Thomas got the crowd involved with “1994”, another song he wrote and Jason Aldean recorded for new album Night Train, and “Front Porch Junkies”, which he told us is his favorite song to perform.  Judging from the crowd’s response, it quickly became one of their favorites too.  A definite standout moment of the evening was when Thomas performed his latest single, “Beer With Jesus”.  The song resonated throughout the entire venue, leaving a lasting imprint on many.  “Beer with Jesus” is a song like no other.  Its standout quality will no doubt be embraced for a long time to come.  “Something To Do With My Hands” rocked the night.  Fans sang along with Thomas and enjoyed the smash hit from start to finish.  By the looks of it, Thomas did too. If he keeps swingin’ his hips like that, he will be giving Luke Bryan some serious competition ;). Rhett closed out the evening with an encore of “Kiss My Country Ass”, a song his father, Rhett Atkins, wrote and was recorded by Blake Shelton.

Check out some additional photos from the evening on our Facebook Page by clicking HERE.

While he is the son of famous country songwriter Rhett Atkins, Thomas is quickly making a name for himself.  With amazing songwriting skills, coupled with compelling vocals, Rhett is becoming a fan-favorite, standout artist.  Keep your eyes on and ears tuned-in to Thomas Rhett, as he is making a very distinct mark on country music.

If you haven’t had a chance to catch Thomas Rhett in concert, it should definitely be added to your “to-do” list. To see if Thomas is coming to an area near you, click HERE.  Also be sure to pick up his Self-Titled EP on iTunes by clicking HERE.