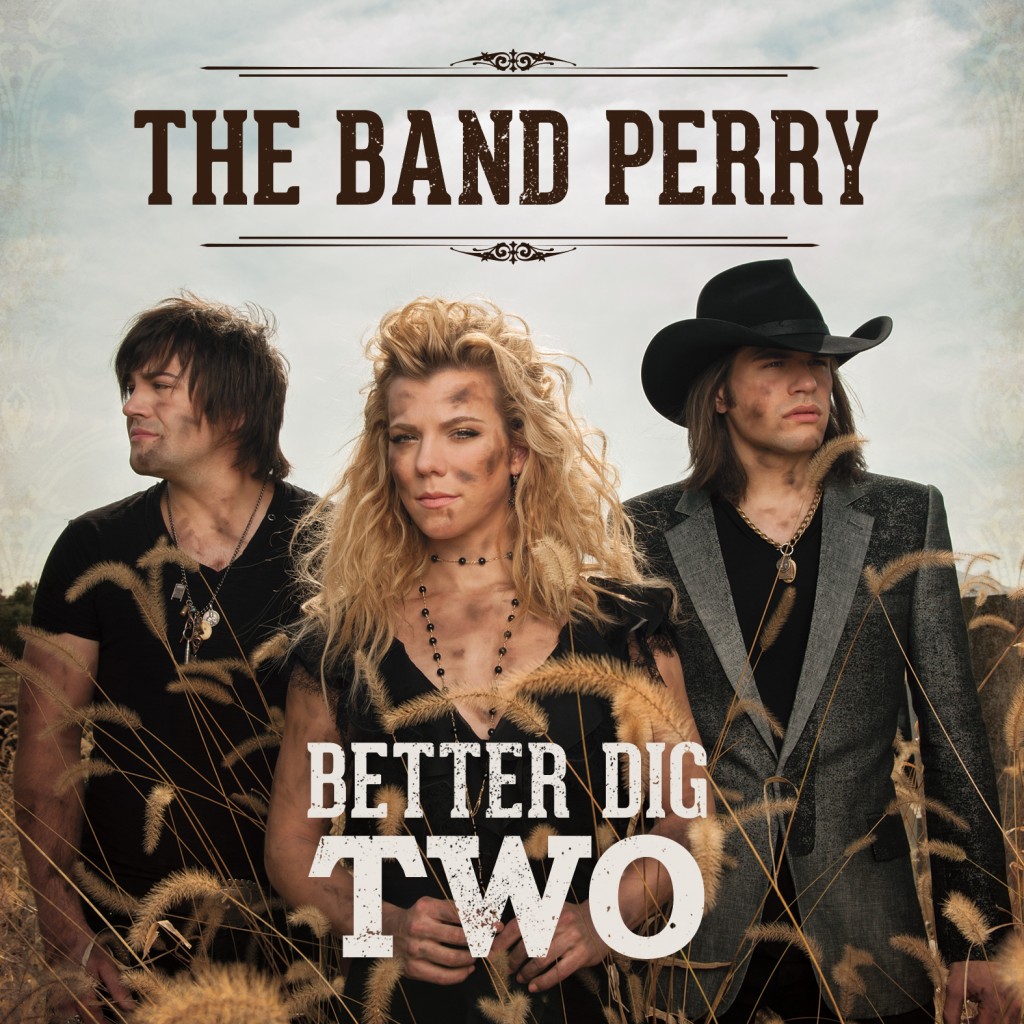 Republic Nashville’s breakout group The Band Perry will premiere their brand new single “Better Dig Two” through two platforms on Monday (10/29).  The single will be digitally delivered to Country radio and stream via www.rollingstone.com at 2:00P CT. The sibling trio’s latest offering is the first from their highly-anticipated sophomore album, slated for release in early 2013.

“The Republic Nashville Promotion team has been crisscrossing the United States for the past two weeks playing the song for Country radio programmers and have gotten amazing reviews!” said Jimmy Harnen, President of Republic Nashville/EVP Big Machine Label Group.

Clear Channel Minneapolis Operations Manager and Program Director of KEEY, Gregg Swedberg exclaims,  “On a sophomore album, you either play it safe and do the same old thing or you kick it up a notch.  This song proves that TBP are here to be taken seriously. Gorgeous song, huge smash, and exactly the kind of song that takes them to the next level.  I’ve been a fan of TBP since the very beginning.  And this song proves to me that my trust in them as an artist has not been misplaced”.

Houston’s Cox Communication’s Operations Manager and Program Director of KKBQ Johnny Chiang says, “They say that the most important song in an artist’s career is the first single from the second album.  If that’s the case, Better Dig Two will cement The Band Perry’s place as the biggest and most impactful group in Country music today.”

The tune will be available for purchase at iTunes on Tuesday (10/30) and the CMA Vocal Group of the Year nominees will debut “Better Dig Two” during the CMA Awards live broadcast on Thursday (11/1), beginning at 8:00P EST / 7:00P CST on ABC. Just last year at the awards, they won New Artist of the Year; Single of the Year and Kimberly Perry was honored with Song of the Year, for penning “If I Die Young.”

“We are so appreciative of Country radio’s generous welcome and are excited that Rolling Stone is involved in premiering “Better Dig Two!” said Kimberly Perry.

“As we wrap up a great year of touring, we look forward to finishing this new record and delivering it to our fans everywhere,” said Reid Perry.

Neil Perry added, “After spending countless hours in the studio working on our next album, we are very excited for everyone to hear our first single, “Better Dig Two.”

The trio is currently nominated for three American Country Awards and continues to record for their new album. Throughout November, they will join the European leg of Brad Paisley’s VIRTUAL REALITY WORLD TOUR 2012 and will hit the road with Rascal Flatts’ CHANGED TOUR in 2013.

For more on The Band Perry, visit thebandperry.com.