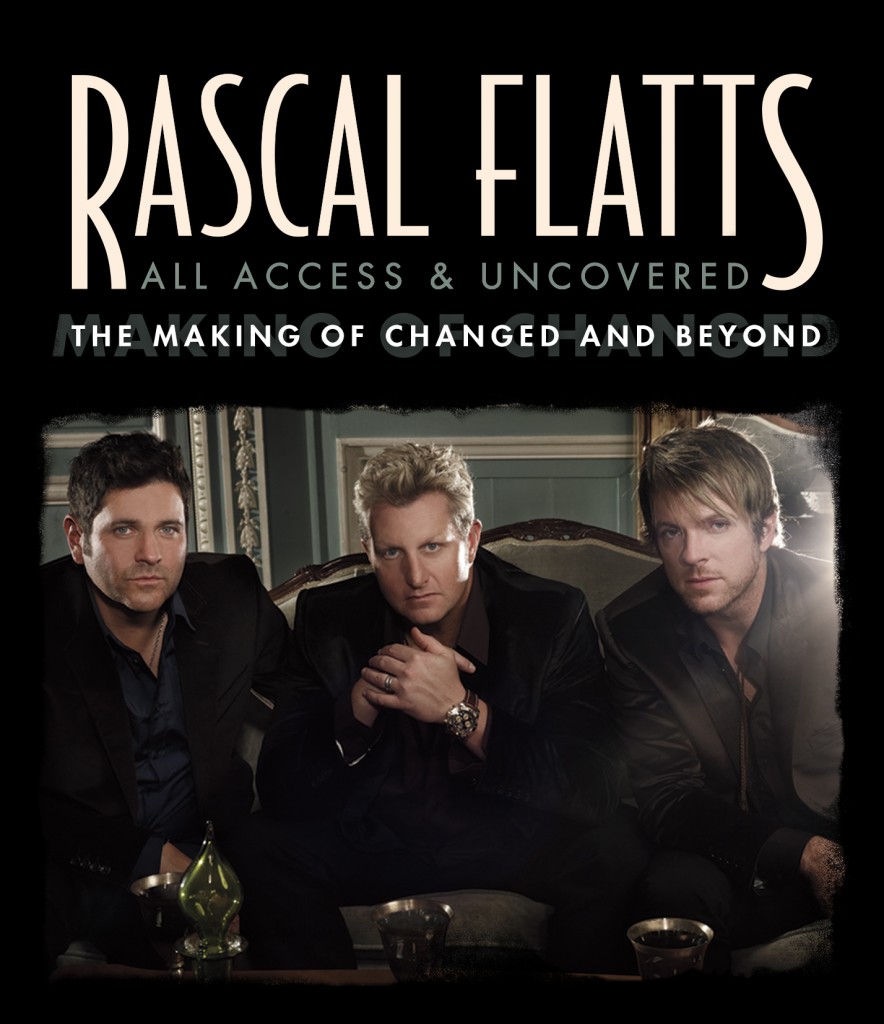 On November 19, Supergroup Rascal Flatts will release RASCAL FLATTS: ALL ACCESS & UNCOVERED, inviting the public into their inner circle. The DVD project will reveal a more intimate side of Gary LeVox, Joe Don Rooney and Jay DeMarcus’ lives during the making of their CHANGED album and more.

Fans will see exclusive performance footage of the group’s biggest hits and music from their eighth studio album, including the #1 smash “Banjo” and the steamy Top 10-and-rising “Come Wake Me Up.” The film also captures in-depth personal interviews from the road and inside Jay’s home studio, where the album was produced along with Dann Huff. The guys share stories behind several songs, including those they co-wrote.

The cinematic project made a one-night-only debut in movie theaters across the country in conjunction with the album release earlier this year, with Flatts celebrating with fans at the AMC Theater in New York City’s Times Square.

Rascal Flatts is the best-selling country vocal group of the past decade and the #1 debut of CHANGED earned them the distinction of being one of only four acts to have seven consecutive studio albums debut in the top spot on the Billboard Country Albums chart during the Soundscan era. Since their musical debut in 2000, the band has sold over 21 million albums, 25 million digital downloads and delivered 14 #1 singles to the top of the charts. Rascal Flatts is the most awarded Country group of the past decade, earning over 40 trophies from the ACAs, ACMs, AMAs, CMAs, People’s Choice Awards and more.

As one of the hottest-selling acts on tour in any genre, they’ve sold over 7 million concert tickets, and counting. Rascal Flatts have extended their Farmers Insurance Presents CHANGED TOUR and will kick off the winter leg on January 10, 2013 with special guests The Band Perry.