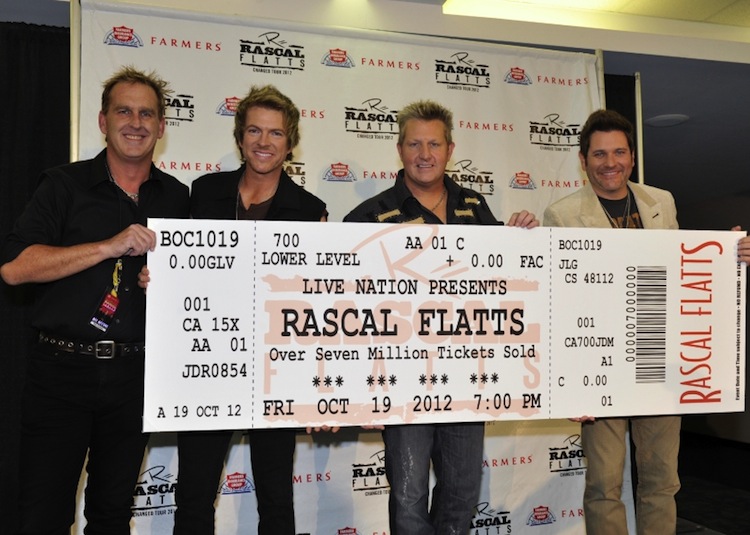 This streak started in 2004 when the band began headlining their own tours. Rascal Flatts ticket sales have reached a new high tallying over 7 million tickets sold! This achievement ranks the band as one of the top selling country music acts during this period.

As announced last week, the winter leg of their Farmers Insurance Presents Changed Tour will launch January 10, 2013 in Green Bay, Wisconsin. The Band Perry will open.