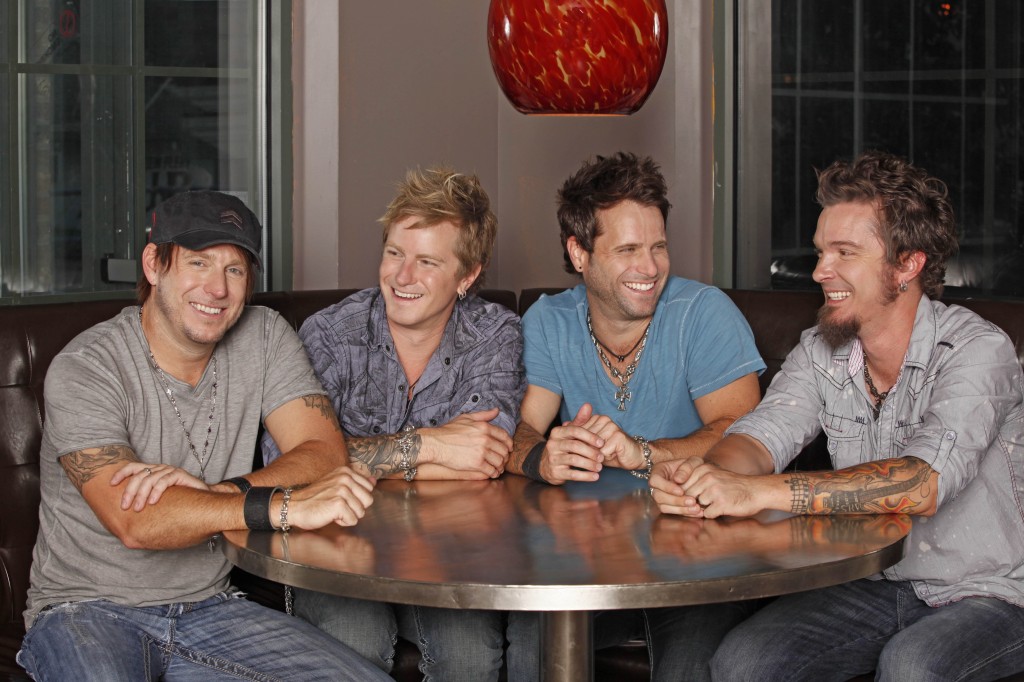 Stoney Creek’s Parmalee are offering their fans an exclusive opportunity to put on their record label executive thinking caps to assist in the song selection process for their first album. The country rock foursome will be hosting a live online StageIt show on Tuesday, October 30that 9 pm ET/ 8pm CT during which they will play new songs and chat directly with the fans to find out which tracks they want to hear on Parmalee’s upcoming album, due out in 2013.

Fans and listeners may log on HERE in order to purchase tickets for the online show. The highest tipper will receive a special prize from Parmalee.

Additionally, the band’s debut single on Stoney Creek, “Musta Had A Good Time”, which was recently voted by Country fans as the #1 song on Sirius XM’s “The Highway” Hot 30 Live countdown for four consecutive weeks, rose back into Top 40 this week, earning a spot at #39 according to the Mediabase, Country Aircheck and USA Today charts and #40 on the Billboard Country Songs Chart.

This StageIt show is of particular significance to the band because at the end of the day, it’s the fans that truly give them the motivation and ability to do what they love.

“The fans are very important to us and allow us to do what we do.  We owe it all to them.  Talking with fans often helps influence our writing.  I think it’s going to be a lot of fun to involve the fans in the StageIt show and see what their opinions of the new songs are,” says Josh McSwain, guitar player for Parmalee

With a full repertoire of songs, it can be difficult to narrow down the tracks that will best cater to an audience. The fan’s opinions will play an integral role in the decision making process on the band’s record.

“Musta Had A Good Time” has sold over 100,000 downloads to-date. “Musta Had a Good Time” has also been featured in national sporting event broadcasts for the PGA and MLB. The music video for the single debuted at #7 on CMT’s PURE 12-Pack Countdown and has held a spot on the countdown for four consecutive weeks.

Parmalee has been featured in USA Today, Country Weekly, and AOL’s The Boot and was recently named a Billboard “Bubbling Under” artist.