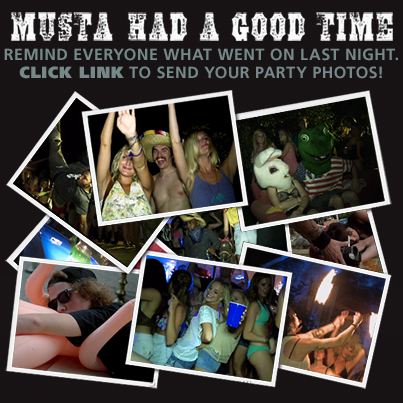 Stoney Creek Records’ Parmalee is giving fans the chance to share “what the hell went on last night” via a new social media campaign, in celebration of the band’s hit song, “Musta Had A Good Time.”

Fans on Facebook can go directly HERE  to upload and share their craziest party moments with like-minded friends, fans and partygoers. Fans who’d like to share on Twitter can go HERE. to   All photos will be uploaded into an exclusive musical digital photo frame featuring The Official Song of College™, “Musta Had A Good Time.”

The campaign is live now and powered by WebDoc.com, a place for creating rich media posts allowing you to express yourself instantly

“Musta Had A Good Time” was recently voted by Country fans as the #1 song on The Highway’s “The Hot 30 Live” countdown for four consecutive weeks. The song has surpassed 100,000 downloads sold and has been featured in national sporting event broadcasts for the PGA and MLB.  The music video for “Musta Had A Good Time” debuted at #7 on CMT’s PURE 12-Pack Countdown (week of Sept. 21)

Parmalee is profiled in the October 8 issue of Country Weekly, on stands now.  The country rock foursome has also recently been featured in USA Today, AOL’s The Boot and profiled as a Billboard “Bubbling Under” artist.

Influenced by such musical heavyweights as the Allman Brothers, Travis Tritt and Bob Seger, the band’s name is derived from the small town of Parmele, NC (population 262), which is home to a gas station, two blinking yellow lights and a small tin-roofed barn dubbed Studio B where the band practiced on every given evening.

Cutting their teeth on the Southeastern touring circuit and known for their fun-loving live shows, the members of Parmalee endured a tumultuous journey to Nashville which included dangerous pit stops, catastrophic weather and a near-fatal robbery that would have torn most bands apart. Instead, Parmalee’s deep Country roots, intense motivation, and band-of-brothers sense of dedication brought the tight-knit crew even closer together.

Now signed to Stoney Creek Records – whose roster includes Grammy-nominees and 2012 ACM Vocal Duo of the Year Thompson Square as well as ACM & CMA nominee Randy Houser – Parmalee’s brand of music has met the country format at time when Jason Aldean and Eric Church have helped to bring country rock to the forefront of popular country music.