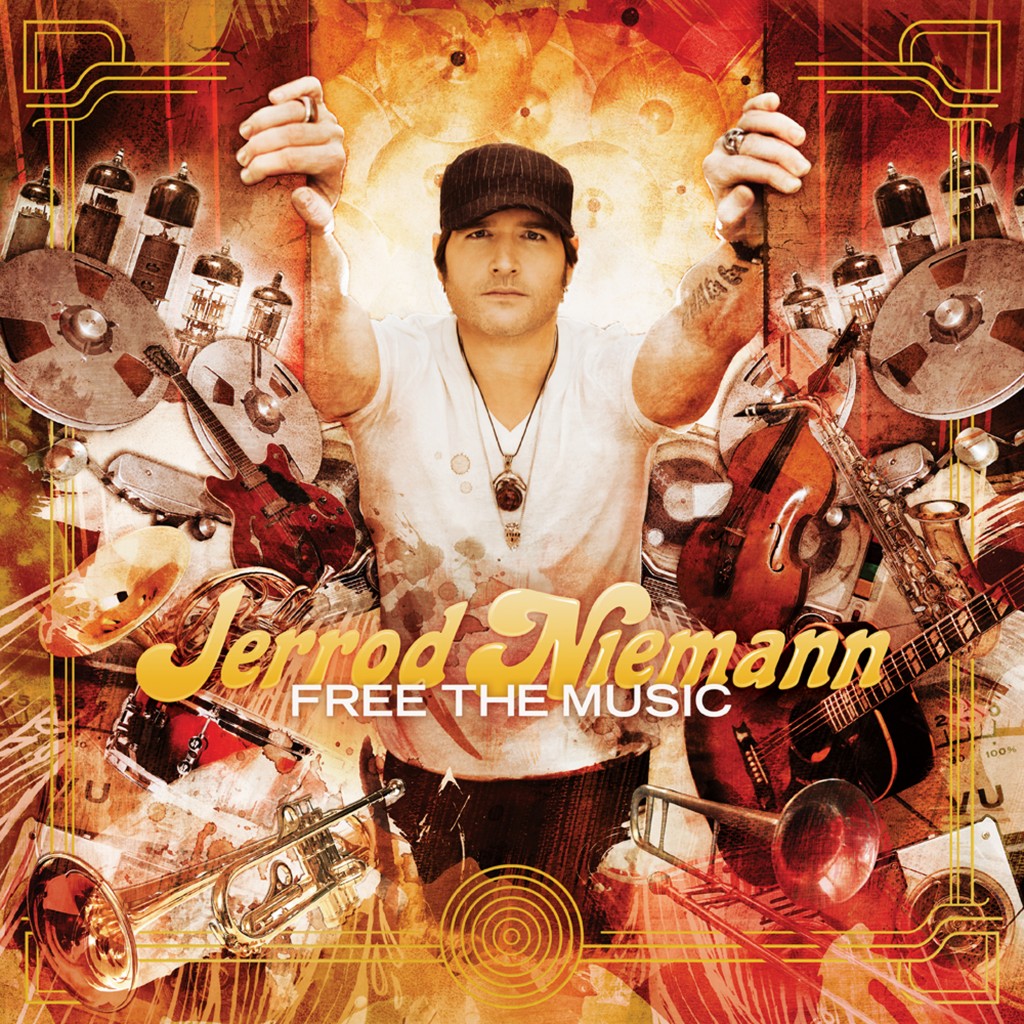 Jerrod Niemann celebrates freedom of expression today as his sophomore album breaks through the bars of incarceration. Available now, Free The Music, spins the traditional country format with brasswind horns layered with a blend of dobro, organ, acoustic b-bender guitar and an unorthodox mix of tempos behind Niemann’s thoughtful lyrics and refined vocal delivery. On Monday, to support the release, Niemann appeared on CBS This Morning and performed an intimate benefit concert at Housing Works Bookstore Café in NYC against AIDS and homelessness. In case you missed the in-depth interview on CBS, visit HERE.

Rolling Stone calls Niemann a “reformed hat act with wildly catholic taste,” and writes his new album “subverts mainstream country tropes while chatting them up at the bar.” GAC adds, “Niemann knows his way around a lyric. Having written or co-written every song, the varying sounds showcase his talents through vastly different styles. It’s a wild musical exploration when Niemann gets behind the controls. Blurring genres and leaping boundaries, the new 12-song collection takes its title seriously with an envelope-pushing brand of country that mixes up a concoction of sound that includes honky tonk, pop, psychedelia and reggae – all with a 3-piece horn section.” Finally, The Washington Post applauds, “The Kansas native’s innovation is the inclusion of a horn section on the most of his album’s dozen tracks, and not as a novelty or garnish, but as a component as integral to his music as fiddle and steel guitar are to that of Alan Jackson or George Strait.”

Today, Niemann will stop by Staten Island’s Public School 22 to perform with the young, talented vocalists of the acclaimed PS22 Chorus and provide them with a Jerrod Niemann-personalized drum set and digital piano in recognition of the importance of creative expression for generations to come. Also, today at Noon EDT, Siriux XM aired “Highway Hang Time with Jerrod Niemann,” hosted by Buzz Brainard on Channel 59. Re-air times are listed below, along with airdates for the special “Jerrod Niemann Superfan Concert and Album Release Party” hosted exclusively on Sirius XM.

On Wednesday, Oct. 3, Niemann will give a live acoustic performance on Livestream while chatting with fans as part of Livestream Sessions. Tune in HERE to become part of the interactive online concert experience.

Fans can purchase merchandise bundles including an exclusive, limited edition vinyl record of Free The Music by visiting www.JerrodNiemannOfficial.com, where additional info including upcoming tour dates can be found.