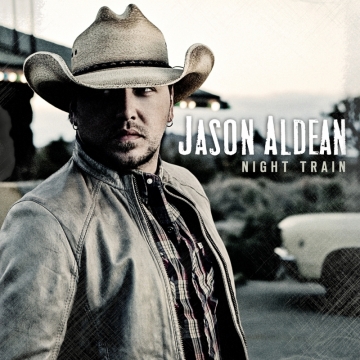 CMA Entertainer of the Year and Male Vocalist of the Year nominee Jason Aldean is giving fans the chance to listen to his upcoming fifth studio album NIGHT TRAIN in its entirety for the week leading up to its Oct. 16 release, with an exclusive iTunes pre-stream found at iTunes.com/JasonAldean.   The stream is available only on desktop and iPad devices in the United States and Canada.

“It’s a really cool thing that iTunes is letting us offer a stream of the album a week before release,” said Aldean.  “As a music fan, I love going on there and digging for new tunes and new artists that I may want to download.  I am so anxious to get this album out and for the fans to hear it, so this feels like an early birthday present or something.”

NIGHT TRAIN’s record-breaking lead single “Take A Little Ride” is in its third consecutive week at No. one on the Billboard Country Songs chart. It was the biggest digital debut ever by a male country artist and flew to the top of the country charts faster than any other song this year.  This marks Aldean’s sixth consecutive No. one single and tenth of his career.

Aldean recently earned three Country Music Association Awards nominations for the Nov. 1 show, in the categories of Entertainer of the Year, Male Vocalist of the Year and Single of the Year for “Dirt Road Anthem.”

Additionally, the Georgia native has sold out every show on his MY KINDA PARTY TOUR presented by State Farm®, – often in minutes at the day of on sale – and has broken over 40 venue attendance records.  The tour has gone on to sell an unparalleled 1.9 million tickets and wraps Oct. 27 in Dallas, TX.