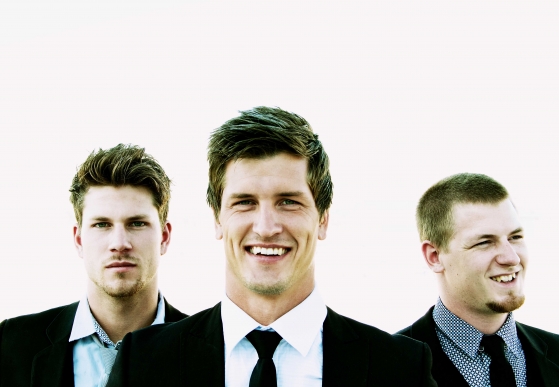 Country Music’s hot new trio, High Valley, has been stirring up quite the buzz with their recent tour, and are now heating up the northeast with an appearance at Pittsburgh’s Heinz Stadium on Sunday, October 28th for a Steelers pre-game concert. Fans can enjoy the music of High Valley when they perform on the field as the Steelers gear up to take on the Washington Redskins.

Along with their smash hit, “Let It Be Me”, the sibling trio will also perform their latest single “Love You For A Long Time” which is currently climbing the country charts. “Love You For A Long Time,” co-written by High Valley’s own Brad Rempel, is the perfect love song about a relationship’s ups and downs and has been receiving rave reviews nationwide. The song is available now on iTunes with their US debut album expected in early 2013.

Adding to the week’s news, the brothers sat down with TheInsider.com’s Keltie Colleen earlier this month from Los Angeles. Fans can get to know the band via an EXCLUSIVE interview live on TheInsider.com.