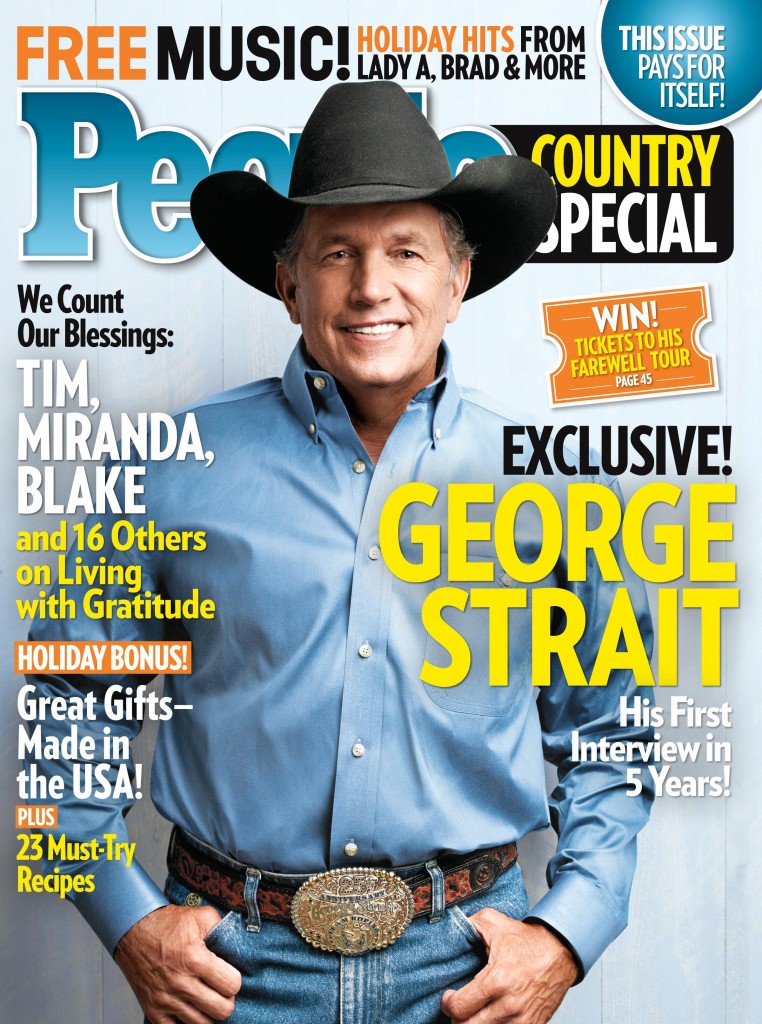 It’s been five years since country music fans have heard from King George Strait in an exclusive interview, but as he announced his final trek on The Cowboy Rides Away Tour, he sat down with People Country to reveal plans for another album after his touring ends, and those things in his life he’s most thankful for. “I’ve got great fans,” he says. “Some of them have been coming out since the 80s, and that means so much to me. They have been so loyal.”

Strait describes the sleepless nights that led up to his final decision to make this his final tour, “I had second thoughts about it, and third thoughts. Walking up on stage is still so much fun for me. Such a thrill… there’s nothing like it. I’ll miss that.” He also talks about the journey to selling over 65 million albums and experiencing 59 No. 1 hits. “I’ve been blessed with the ability to sing, and that has taken me so many places I never would have gone otherwise. I’ve had great people around me from the beginning … and they never tried to make me someone I wasn’t.”

Pick up a copy of the issue on stands this Friday, Nov. 2.