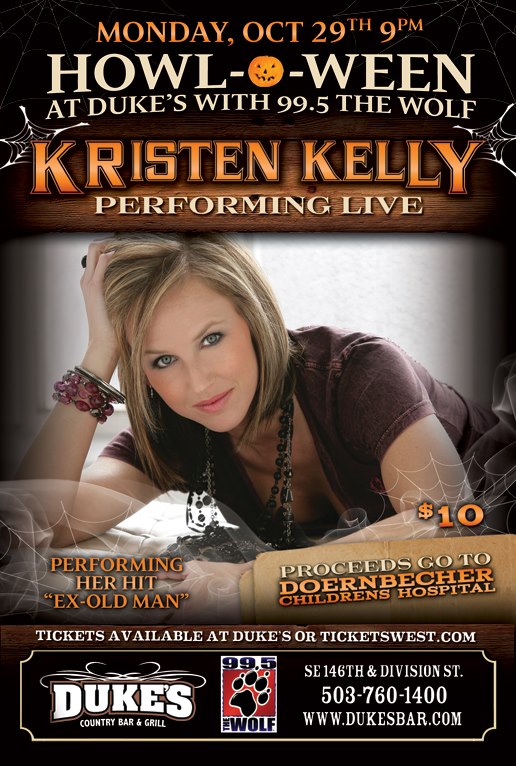 Congratulations Maria & Shelley!!!
Arista Nashville’s Kristen Kelly has been rockin’ country radio with her debut single “Ex-Old Man”.  Kristen spent the summer introducing her new music while out on Brad Paisley’s Virtual Reality Tour, and her sassy debut single  was part of our CMR’s 10 Country Songs to Rock Summer 2012.  Now Kristen Kelly is gearing up to release her self-titled EP on October 30, featuring her smash single “Ex-Old Man” and three additional songs.

Be sure to save the date & pick up Kristen Kelly’s new self-titled EP on October 30.  Until then, grab her new single “Ex-Old Man” on iTunes by clicking HERE. Keep up with Kristen by visiting her Official Website, Like her on Facebook and Follow her on Twitter.