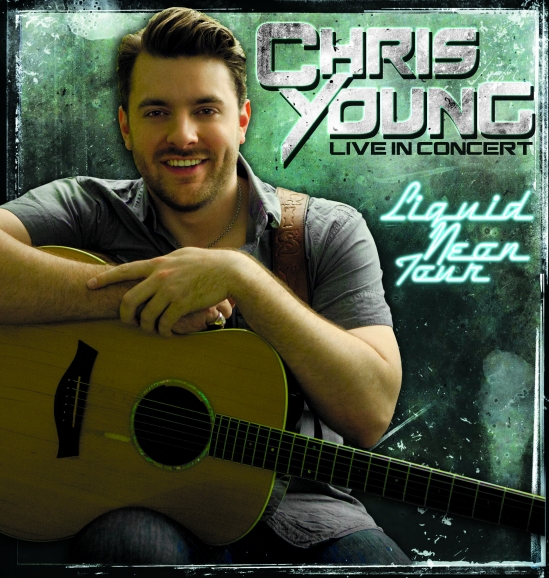 Chris Young is kicking off the first leg of his headlining Liquid Neon Tour next month, starting with a SOLD OUT show from Nashville’s famed Ryman Auditorium. The date marks his first-ever hometown headlining play in Music City.

Special guests on the tour include Thomas Rhett, whose Valory Music Co. released self-titled debut EP includes the hits “Beer With Jesus” and the Top 15 track “Something To Do With My Hands.” RCA recording artist and Young’s labelmate, Joanna Smith, will open the shows.

Having toured with such diverse talents as Jason Aldean, Alan Jackson, Miranda Lambert and Rascal Flatts over the last two years, Young has earned high praise for his electrifying stage presence and hit-packed set. The Palm Beach Post declared “his knee-buckling rich baritone vocals…offered something for everyone’s musical interests,” while the Massachusetts Daily Collegian shared that “Young’s charismatic persona had fans screaming and dancing to his set.”

The Liquid Neon Tour will round out an incredible year of high profile TV performances, hit singles, and awards nominations for the critically acclaimed, baritone-voiced singer.   His latest single from his highly acclaimed third album NEON, “I Can Take It From There,” written by Young along with Rhett Akins and Ben Hayslip, has just released to country radio.

Continue to check out www.chrisyoungcountry.com for the latest news and ticket information.