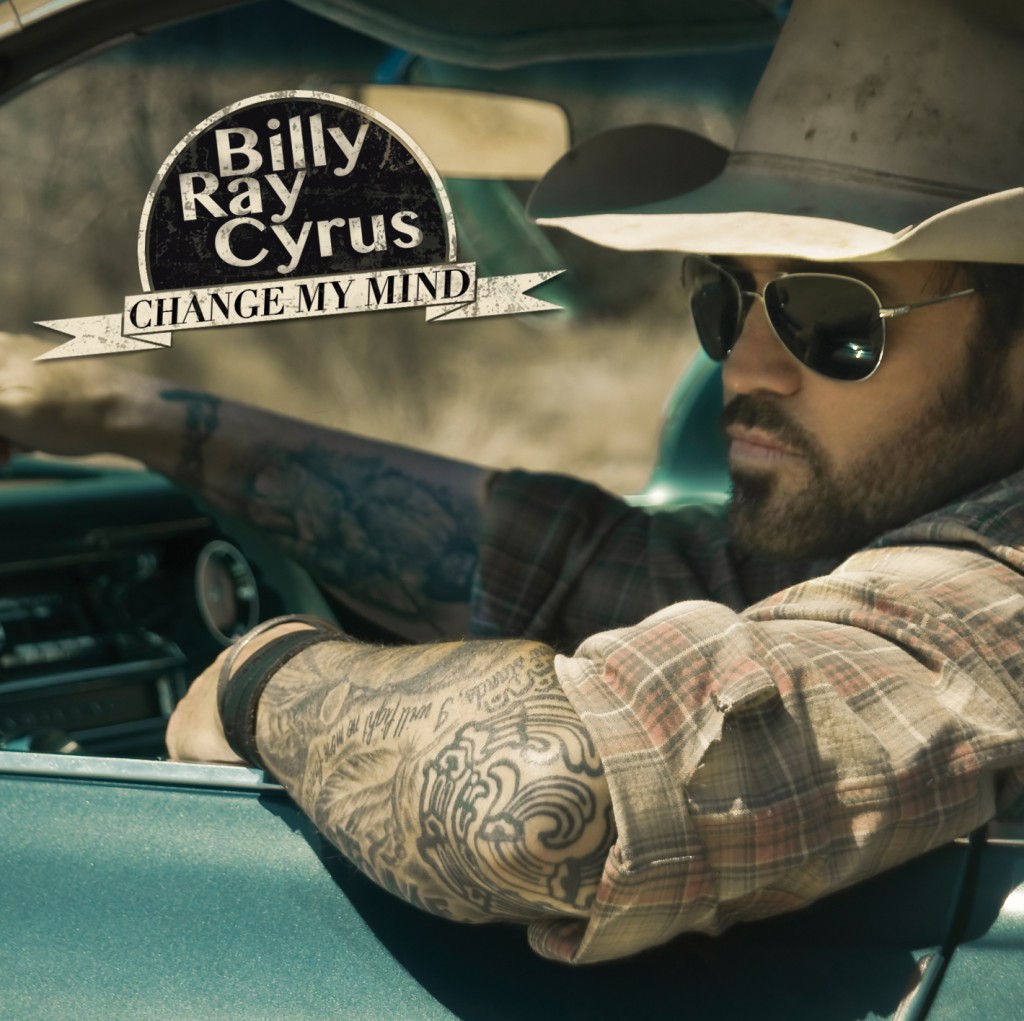 Multi-platinum recording artist Billy Ray Cyrus is set to change minds with the international release of his 13th studio album titled Change My Mind on October 23, 2012. The title track and first single is now available at iTunes and other digital retail sites. The music video can be seen on Great American Country (GAC) and CMT Pure. With Change My Mind, Cyrus delivers a stellar collection of ten songs that hearken back to his roots in bluegrass, Southern rock, gospel, and country music.

Recorded in Los Angeles over three months with GRAMMY nominated, multi award-winning producer Brandon Friesen, Change My Mind finds Cyrus coming full circle musically from the days when he made his living performing in the smoky bars of the Ohio River Valley. The album has that loose, honky-tonk feel of bar band music, but is performed by a group of world-class musicians, including in-demand session drummer Kenny Aronoff, bassist Dusty Wakeman, and guitarists Leroy Powell, John West, Dominic Cifarelli, and Nelson Blanton. Change My Mind showcases Cyrus’ smoldering, swaggering voice, as well as his unforgettable melodies and candid lyrics that offer up a window into his life.

“My songs come to me when I’m dealing with heavy stuff,” Cyrus says. “If I’m going through something emotional, the songs pour out of me. It’s the only way I know how to express myself. I have lived through every emotion on every one of these songs. I’d just write it all down and tell myself, ‘Lean into the music.’”

Billy Ray Cyrus struck it big in June 1992 with his debut album, the eventual 9x-platinum-selling No. 1 Some Gave All, fueled by the best-selling single “Achy Breaky Heart,” which spent five weeks atop the Billboard Country chart.  Some Gave All (which held the No. 1 spot on the Billboard Top 200 chart for 17 weeks in a row and became the best-selling debut album of all time by a male solo artist) launched Cyrus’ colorful 20-year career in the spotlight — during which he has sold millions of albums worldwide, charted nearly 30 singles (including three No. 1 country hits), and racked up multiple film and television credits.

Change My Mind Track Listing:
Change My Mind
Once Again
Hillbilly Heart
Tomorrow Became Yesterday
Good As Gone
Forgot to Forget
That’s What Daddy’s Do
Hope Is Just Ahead
I’m So Miserable
Stomp