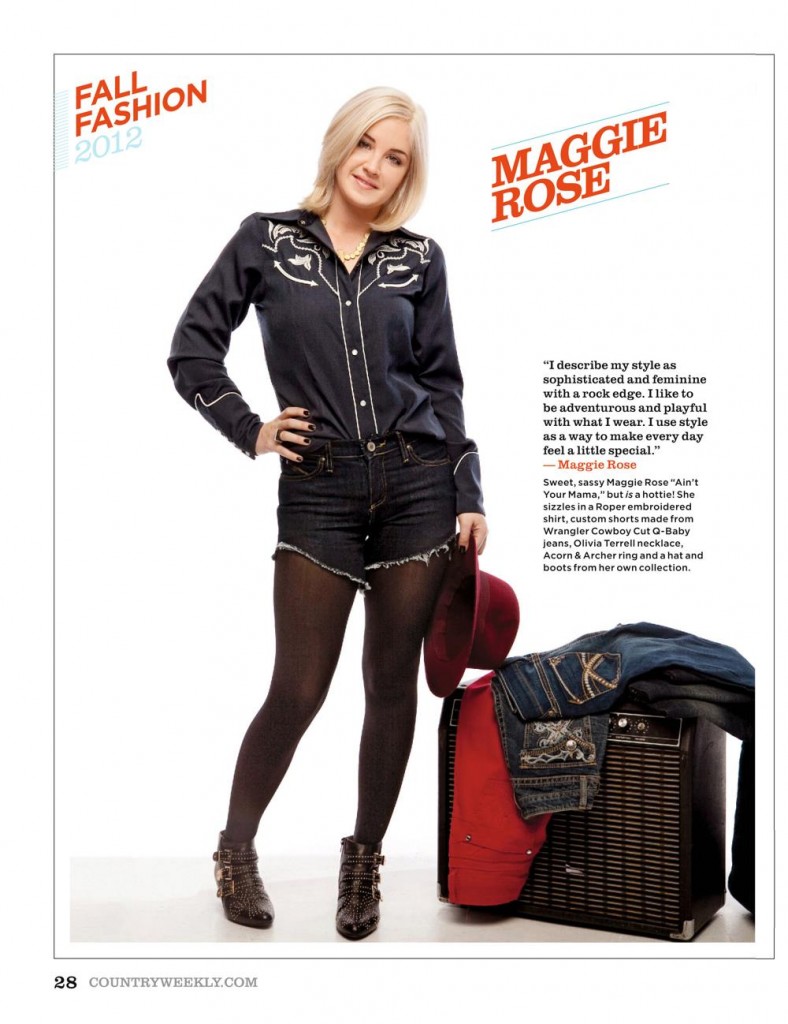 Tune in Thursday, September 20 to watch rpme’s singer/songwriter Maggie Rose perform her new single, “I Ain’t Your Mama” on the nationally syndicated “Better” show.  The interview and performance was part of her whirlwind visit to New York City the past week which included media visits at Time Inc, a full band performance opening for .38 Special and an intimate rooftop performance for radio friends.

Later this month, fans can catch a glimpse of Rose’s celebrity fashion trend as party of Country Weekly’s Fall Fashion spread, found in the October 1 issue on stands September 27. In the feature, Rose can be seen wearing some cut off Wranglers and a Roper embroidered shirt.

Making waves at radio with her playful single, “I Ain’t Your Mama,” the breakthrough country artist has reached #36 on the Mediabase charts and is steadily climbing.  With rpme aligned with Sony Nashville for worldwide distribution,  Rose is preparing for her full album to be released in February 2013.

Touring stateside for the whole summer, Rose will be taking to the seas this October performing with Blake Shelton, Trace Adkins, Jerrod Nieman, Easton Corbin, Lee Brice and more on The Blake Shelton Cruise.  The seven day cruise aboard the Norwegian Pearl will depart from Miami and include stops in San Juan, St. Thomas, Tortola and Nassau.