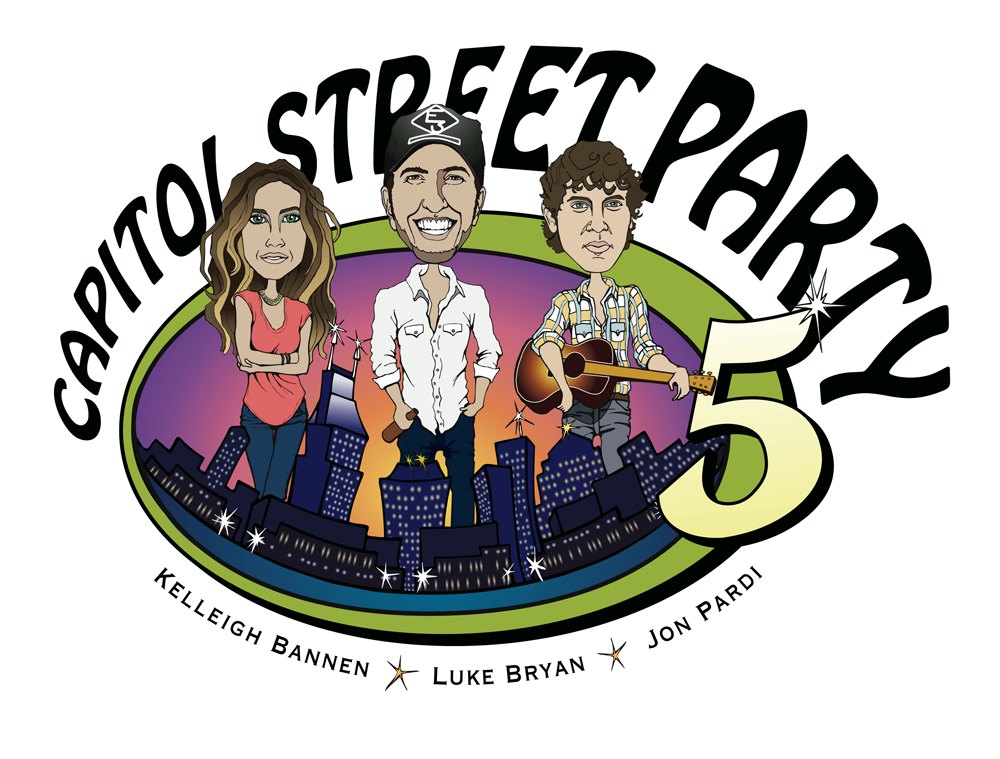 Fresh from his Country Music Association nominations for male vocalist of the year and album of the year for his tailgates & tanlines release, Luke Bryan is set to headline Capitol Street Party 5 Oct. 17th in downtown Nashville.

The concert, which also will feature Kelleigh Bannen and Jon Pardi, is FREE and will be on Lower Broadway, between First and Second avenues.

“When Capitol asked me if I wanted to be part of this year’s Street Party, I thought, ‘Let’s make it the biggest one yet,’” Bryan tells Nashville’s Tennessean. “What better way to do that than to take over Lower Broadway in downtown Nashville.”

Bryan has enjoyed a banner year in his career. The tailgates & tanlines album was certified platinum this spring ,and every single released from the project — “Country Girl (Shake It for Me),” “I Don’t Want This Night to End” and “Drunk on You” — has peaked at No. 1 on the country radio airplay charts. His current single, “Kiss Tomorrow Goodbye,” is still climbing.

The singer has spent much of 2012 on tour with Jason Aldean and is set to embark on his own tour in October.