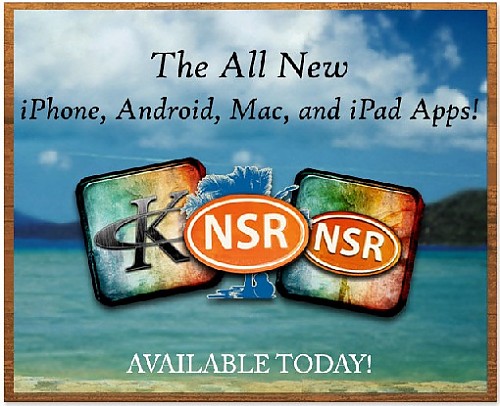 Kenny Chesney has unveiled a package of apps designed to bring the experience of his albums and live shows directly to the user, with a variety of interactive and social media-friendly features. The apps, which are available now for iPhones, iPads, Androids, and Apple computers, are the first of its kind in mobile artist platforms, combining Chesney’s signature radio station, web store, and social media channels into one user-friendly experience.

Chesney was personally involved with designing the apps, applying the same attention to detail that he does with his live performance and recording sessions. “I wanted these apps to be an extension of my albums and shows,” Chesney said. “Even in the middle of the winter, fans can open up the app wherever they are, listen to a little No Shoes Radio, take a photo that looks like it came straight out of my music video, and feel like they’re back at the party all year long.”

“The evolution of radio continues to put more power into the hands of the consumer, and these apps allow No Shoes Radio fans to listen wherever they are — in the car, on their boat, on the beach — and on even more of their devices,” No Shoes Radio Program Director Jon Anthony said.

Here are a few of the apps’ key features:

• Listen to songs hand-picked by Chesney through No Shoes Radio. Not only can users keep their friends updated with what they’re listening to through Facebook and Twitter (with hashtags and other Twitter symbols built-in), but they can also request songs to be played on the station. On the mobile version, a variety of skins are available so that fans can choose the ideal backdrop for their own customized No Shoes Radio listening experience.

• While listening to No Shoes Radio, users can purchase tickets to concerts and view a countdown to the show they’re attending, which can be shared through social media. Fans can even access a map that will provide driving directions to a show. If a fan would like to avoid lines at the concert, merchandise can be bought directly through the app, arriving at the user’s doorstep days later.

• Various photo-based features, including a set of vintage and distressed filters that imbue fan photos with the same style and coloring as Chesney’s album covers or music videos, for example. On the mobile versions of the app, there is a fan “photo of the day” feature, pulled from Chesney’s site, that appears when a user tilts the phone to its side.

• Fans can preview and purchase Chesney’s albums on iTunes/Amazon, and enjoy them without leaving the app.

• Other features include compatibility with Apple AirPlay for easy wireless streaming and an “On the Road” section that highlights fans’ social media posts and photos.