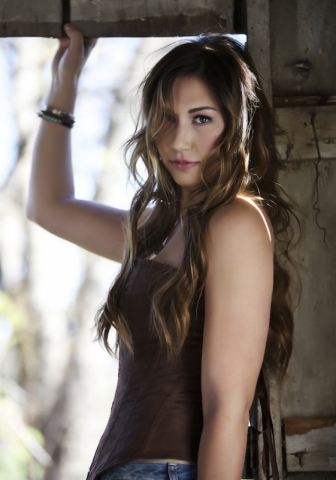 Texas singer-songwriter Jenna Jentry is bucking Nashville convention and the traditional record label deal as she prepares to self-release her new album, Good As Gold.

An independent artist with a strong DIY ethic, Jentry has been actively involved in the writing and recording process of her debut project, penning 12 of the album’s 13 songs with multi-platinum, Los Angeles-based writer/producer Kevin DeClue (Hilary Duff).  “Lovin’ Lazy” is the first single from Good As Gold, a cautionary but catchy number that outlines a relationship hampered by complacency.  The track is currently available for purchase at iTunes.

“‘Lovin’ Lazy’ is basically when someone stops trying in a relationship,” says Jentry, a 2010 NSAI Song Contest finalist and international finalist at London’s UK Songwriting Contest.  “It’s when you’re sitting there, getting hit on by other guys, and your boyfriend doesn’t even care anymore!  It’s about wanting him to act how he used to act when the two of you first met – you want him to fight for you and never let you slip away.”

Jentry was also involved in the Good As Gold production process, joining DeClue as co-producer on eight of the album’s tracks.  Grammy-nominated Nashville producer Mark Moffatt contributed production duties on the other five songs.  Good As Gold’s lone outside cut is a Keith Urban/Radney Foster/Darrell Brown track called “Someday Soon.”

“Mark, Kevin and I were all on the same page about how the record should sound, which in turn made the process so fun and easy,” says Jentry.  “Our styles blended together to give it a good mix of Texas grit and Nashville polish, which is one of the reasons I think it is such a standout record.  I was able to come to Nashville with the songs I had written in Texas and make them a little more ‘Nashville’ without losing my Texas style, and I’m really grateful to them for that.”

In 2012, Jentry has opened shows for The Band Perry, Travis Tritt and Jo Dee Messina and will open for Scotty McCreery on Sept. 8 in Rutland, Vt.  She has been selected as a featured performer along with Gary Sinise and the Lt. Dan Band for Sky Ball X, a military fundraising event held Oct. 26 at DFW International Airport in Fort Worth, Texas.

“Jenna Jentry is the real deal in every sense of the word,” says producer/writer DeClue.  “It’s been a long time coming for an artist of this caliber to hit the mainstream and I know she is going to take it by storm.  Jenna made me believe in music again and for that I thank her from the bottom of my heart.”

To hear “Lovin’ Lazy” and for more information about Jenna Jentry, visit www.JennaJentry.com.