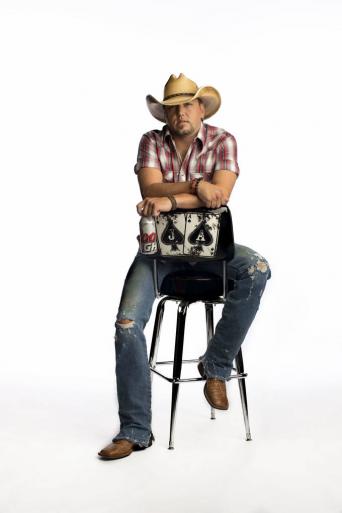 Jason Aldean announced this week a partnership with Coors Light, The World’s Most Refreshing Beer. Coors Light and Coors Banquet will be Jason’s exclusive alcohol beverage sponsor, which includes a national retail promotion.

“Coors Light is associated with so many of my favorite experiences… tailgating before University of Georgia games, vacations to the beach with my friends, playing bars and clubs when I was coming up in my career,” said Aldean. “This was a no-brainer partnership for me, and I’m especially looking forward to the fridge full of Coors Light they promised all of us for the road.”

The deal features dual-branded retail promotions in support of the launch of the Oct. 16 release of Aldean’s fifth studio album Night Train, including a major push across the country with retailers such as Walmart. Point-of-sale materials will feature Coors Light branding and images of Aldean. Coors Light digital marketing plans will support the program, as well as advertising in 2013.

“Jason is one of the greatest entertainers in music today, as anyone who’s been to one of his concerts will tell you,” said Dan Hennessy, senior director of marketing for the Coors Family of Brands. “Throw in a round of cold, refreshing Coors Light for you and your friends, and you have a night you’ll all be talking about long after the concert ends.”

Pre-order your copy of Night Train now by clicking HERE.