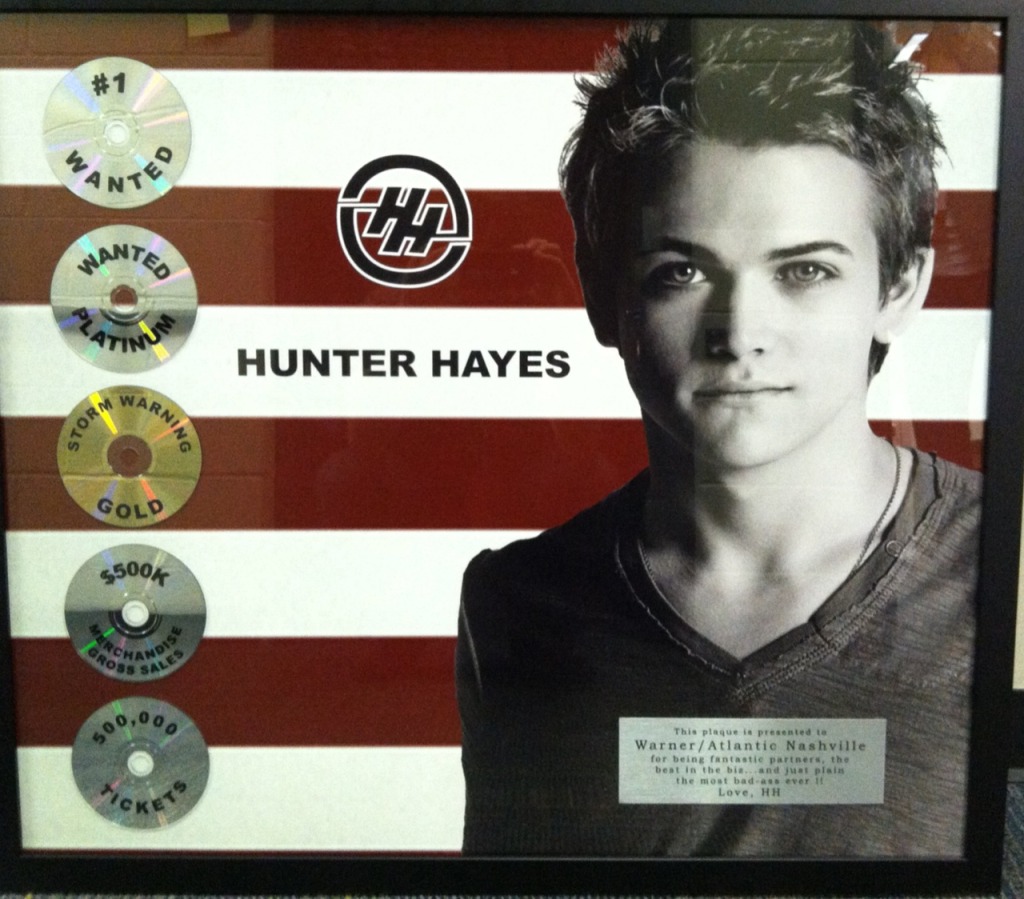 Recently announced 2012 CMA New Artist of the Year nominee, Hunter Hayes, honored Warner Music Nashville staff on Sunday with a surprise plaque at his Bridgestone Arena performance celebrating his first No. 1 with his recent single “Wanted” racing all the way to the top of the charts last week.

The hit is also his first to receive Platinum certification by the Recording Industry Association of America (RIAA) selling over 1 million copies. “Wanted” is Hunters second single off his self-titled debut album, Hunter Hayes, and is also Top 10 all genres on iTunes digital charts. In addition, the plaque celebrated gross merchandise sales of over half a million, “Wanted” being a multi-week no. 1 hit and “Storm Warning” reaching Gold sales. To date, Hunter has sold a combined total of nearly two million digital singles in less than a year.

Being surprised by Hunter on Sunday evening was such an honor, and indicates the humility Hunter has retained on his path to becoming a superstar, said Peter Strickland, Sr. VP of Brand Management and Sales (WMN). Warner Music Nashville and Atlantic Records are proud to have such a wonderful team such as Hunters as a member of our musical family.