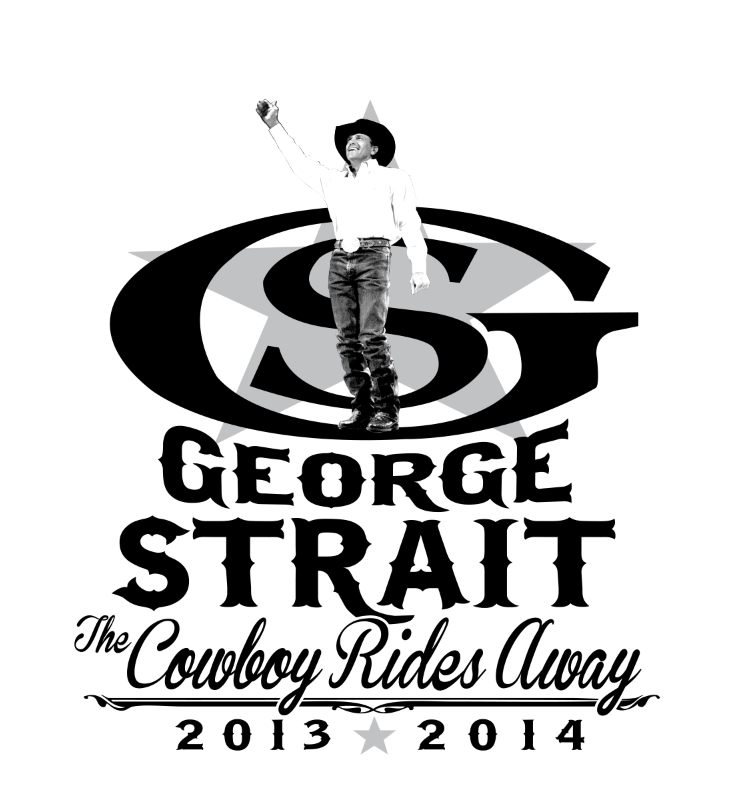 Musical icon George Strait announced his plans for his final two-year tour – The Cowboy Rides Away Tour.  In a press conference live from the Country Music Hall of Fame and Museum in Nashville, Strait revealed the first 21 markets he will visit during the winter and spring legs of his 2013 tour.  Special guest Martina McBride is set to join Strait for the 2013 dates, which begin on January 18 in Lubbock, Texas.

Strait, who celebrated his 60th birthday earlier this year, shared, “This is going to be a very special, emotional tour for me. Everywhere we’re going holds fond memories and I’m looking forward to paying my respects.”  Strait plans to continue recording new music and play select dates around the country following the completion of the tour.

The Cowboy Rides Away Tour will offer fans a final opportunity to take in Strait’s live show filled with hits from throughout his remarkable career.

Strait has thus far yielded 59 No. 1 songs, has earned more than 60 major industry awards, and has sold over 65 million albums.  He is the only artist in music history to achieve at least one Top Ten hit each year during his 30-year career and was only the second artist at the time (after Eddy Arnold in 1966) to be inducted into the Country Music Hall of Fame (2006) while still actively recording and producing chart topping hits and albums.

One of the most spectacular voices in any genre of music, McBride has sold more than 18 million albums and has garnered six No. 1 singles. She is the “most played female artist on country radio for the past 11 years,” according to both Mediabase and Broadcast Data Systems (BDS). The breadth of her talents – as recording artist, producer, songwriter, and concert entertainer – has made her an in-demand performer and personality. Among her hits are such empowering songs as “Independence Day,” “This One’s for the Girls,” and “A Broken Wing,” all of which have underscored her incredible popularity as one of music’s preeminent female vocalists.

George Strait fan club members will have an opportunity to purchase tickets beginning at 10 a.m. in the venue’s respective time zone on Oct. 9, 2012, and tickets available to the general public will be available for purchase beginning Oct. 12 (same time zone restraints apply). Ticket prices start at $69.50 and may be purchased at www.georgestrait.com.