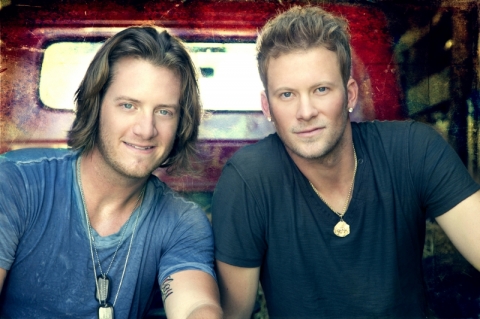 Florida Georgia Line’s single is called “Cruise,” so naturally the guys have thought about what they’d like to cruise around in … or on, if given the choice.

Tyler admits, “My dream vehicle would be a Harley, and apparently if I’m going to be able to turn the music on, I guess I’ll have the Harley with those big speakers. Maybe I’ll give that ten years, maybe that’s more of the old man kind of thing in me, but I want to have an awesome motorcycle. That’s kind of my thing.”

Sticking a little closer to the lyrics of their song, Brian says he doesn’t mean to be cliché, but he really would choose to cruise in a Chevy with a lift kit, and one that is “obnoxiously big and loud.” These days he drives a Tahoe, but he says, “I had a Chevy Silverado back in high school. I didn’t get a chance to lift it and get it like I wanted to before I got a Tahoe, but I definitely want a monster truck, for sure!”

Their hit single “Cruise” is available now on iTunes by clicking HERE.