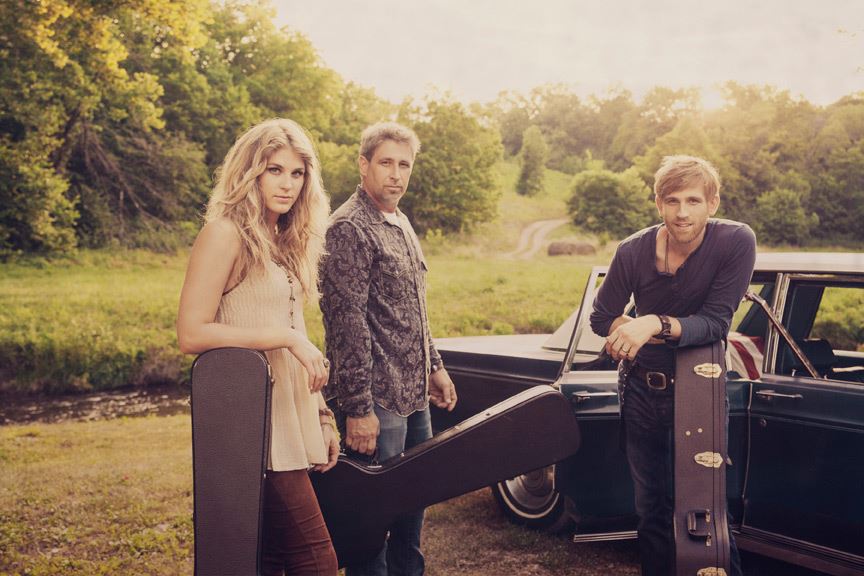 Exciting new Arista Nashville recording trio The Henningsens will bring the spirit of their upcoming debut single, “American Beautiful,” to Boston’s Fenway Park on September 13th, as the group takes the field to perform the national anthem at Game 3 of the three-game series between the Boston Red Sox and the New York Yankees.

The performance comes amid the launch of the group’s first radio tour today, introducing The Henningsens to country radio, together with their first single and album title track, “American Beautiful.”

A family trio consisting of father Brian Henningsen (bass, guitar, vocals), son Aaron (guitar, vocals), and daughter Clara (lead vocals, guitar), The Henningsens have already been turning heads in songwriting circles, penning songs recorded by such artists as Wynonna, Sara Evans, and The Band Perry, whose two-week #1 smash, “All Your Life,” was written by Brian and Clara.

Officially impacting country radio for airplay this December, “American Beautiful” was co-written by the trio, together with songwriter Brett Beavers. “It’s an American spirit story wrapped up in a love song,” Clara says of “American Beautiful,” which showcases the band’s tight harmonies, dynamic energy, and gift for vivid, inventive lyrics.

Fans can be watching for the release of The Henningsens’ debut album, helmed by multi-million-selling producer Paul Worley (Lady Antebellum, Martina McBride), coming in 2013.