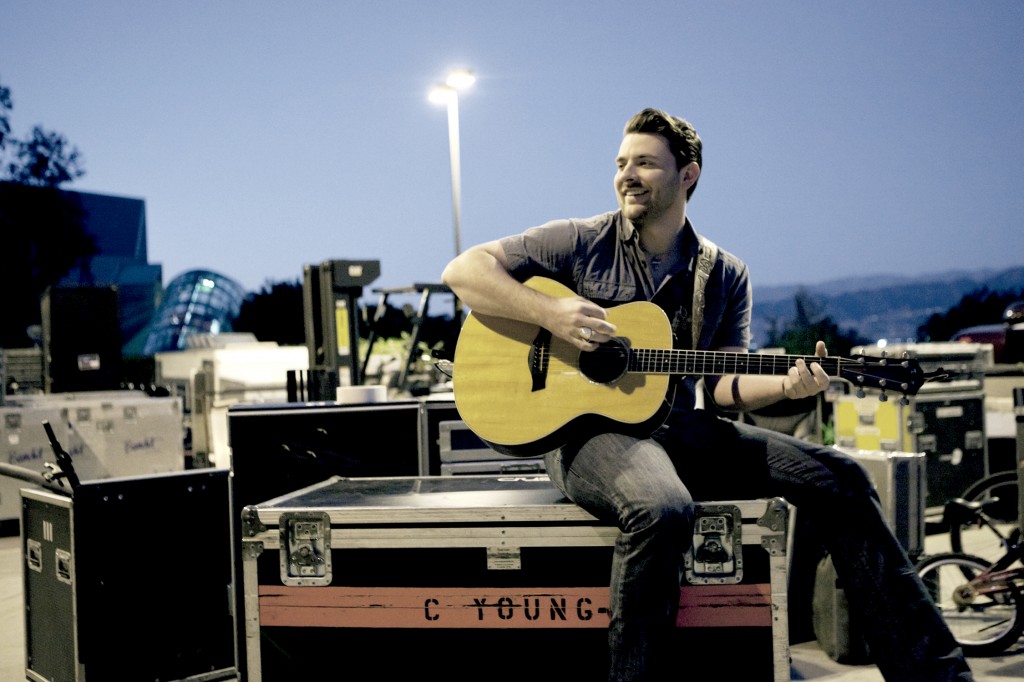 Middle Tennessee native and country music star Chris Young gave his fans a special treat last week when he announced via exclusive video that he will make his first Nashville headlining appearance from the Mother Church of Country Music, the historic Ryman Auditorium, on November 15, 2012. The premiere headlining appearance, which includes special guests Thomas Rhett and Joanna Smith, is the first stop on Chris’ upcoming Liquid Neon Tour and adds to an already stellar year of high profile TV performances, hit singles, and awards nominations for the baritone-voiced singer.

Tickets go on sale on Friday, September 14th at 10AM Central and are available via the Ryman box office, ryman.com, Ticketmaster outlets, ticketmaster.com, or by calling 800-745-3000.

While Young has played the Ryman as part of the Grand Ole Opry, this historic show will mark his headlining debut on the celebrated stage. Born and raised in Murfreesboro, this momentous occasion holds a special place in the heart of this middle Tennessee native.

“The first time I set foot on the Ryman stage was an unbelievable experience,” says Young. “I am so grateful for the support of my hometown crowd all of these years and saying I can’t wait for this show is an obvious understatement.”

Additional information on the Liquid Neon Tour will be announced in the coming weeks. Special guests on the tour include Thomas Rhett, whose Valory Music Co. released self-titled debut EP includes the hits “Beer With Jesus” and the Top 15 track “Something To Do With My Hands.” RCA recording artist and Young’s labelmate, Joanna Smith, will open the shows. Continue to check out www.chrisyoungcountry.com for dates.