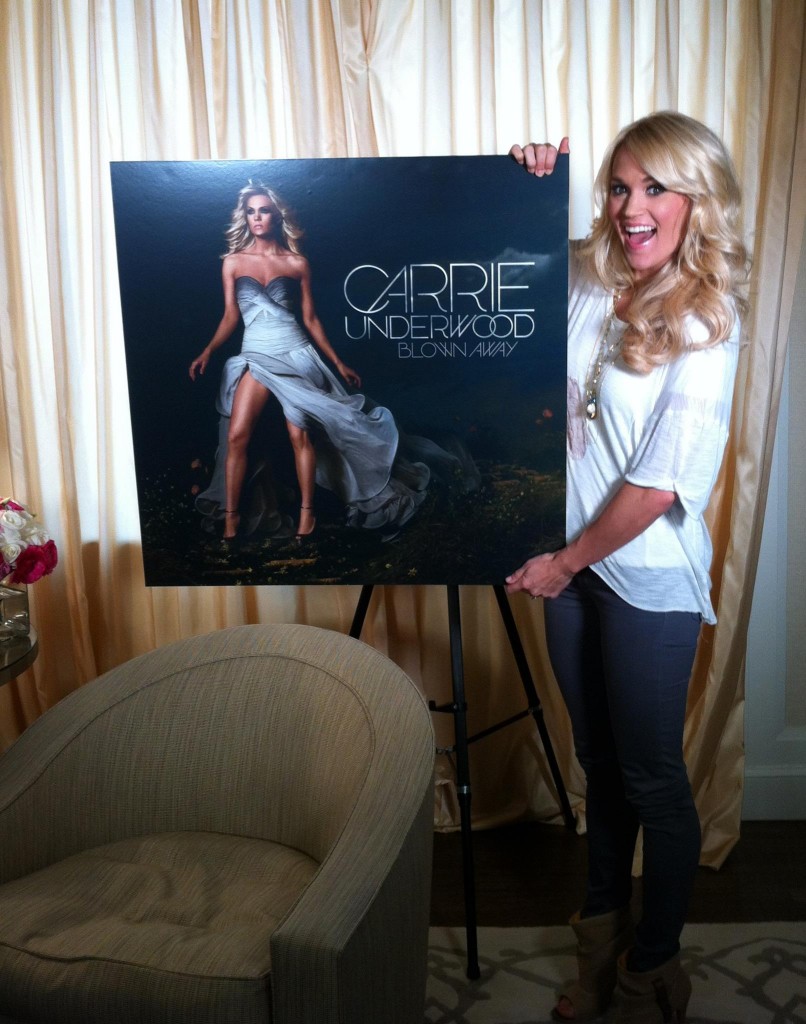 Superstar Carrie Underwood’s fourth album Blown Away has been certified Platinum by the RIAA and returns to the No. 1 spot this week, marking six cumulative weeks at the summit of Billboard’s Top Country Albums Chart. Last week the nominations were announced for “The 46th Annual CMA Awards” and Carrie earned her seventh Female Vocalist nomination.

Carrie and Brad Paisley will return to host “The 46th Annual CMA Awards” for a fifth time in 2012. “Country Music’s Biggest Night™” airs live from the Bridgestone Arena in Nashville on Thursday, Nov. 1 (8:00-11:00 PM/ET) on the ABC Television Network.

Blown Away’s second single and title track entered the Top 10 this week as it continues to climb the Billboard country airplay chart. This marks Underwood’s 16th single to reach the Top 10, which according to Billboard is a record among women in the tally’s 68-year history.

On September 14, Carrie will launch the North American portion of her third headline arena tour, “The Blown Away Tour,” in Manchester, New Hampshire.