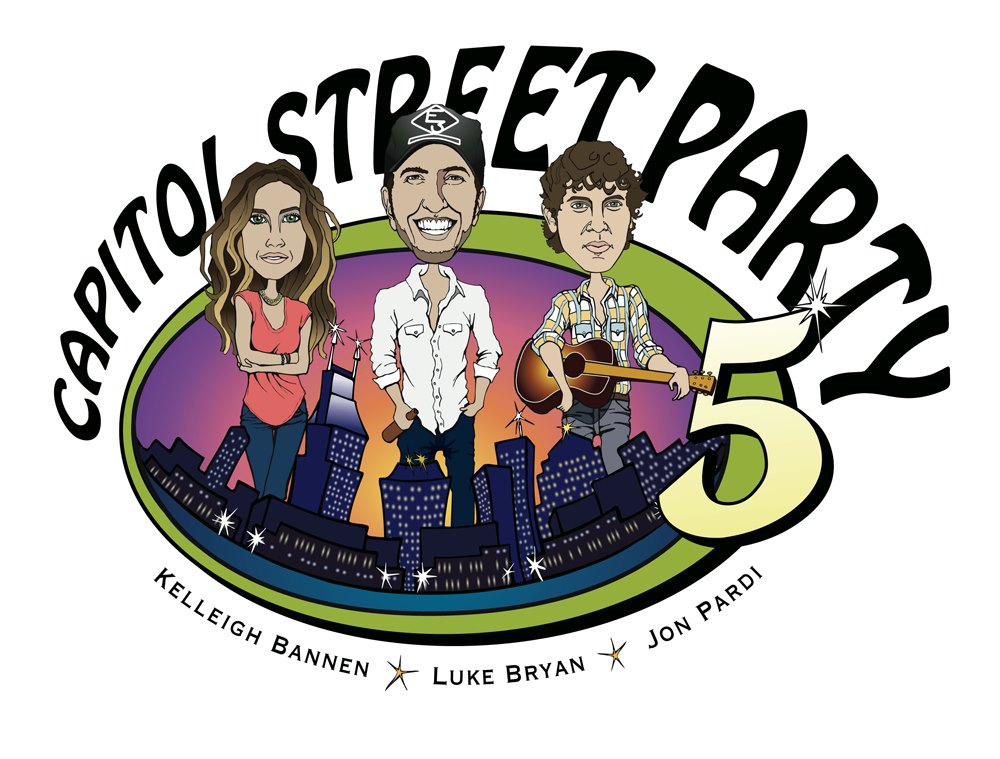 The FREE music event, which is open to the public, is moving from Demonbreun Street to Lower Broadway this year.  Live performances by superstar Luke Bryan and newcomers Kelleigh Bannen and Jon Pardi will literally take to the street, as a stage will be set up on Broadway between 1st and 2nd Avenues.  Bryan performed at the inaugural Street Party in 2007 and this year will mark the fourth time that he has participated in the event.

For information about “Capitol Street Party 5” check out facebook.com/capitolstreetparty.