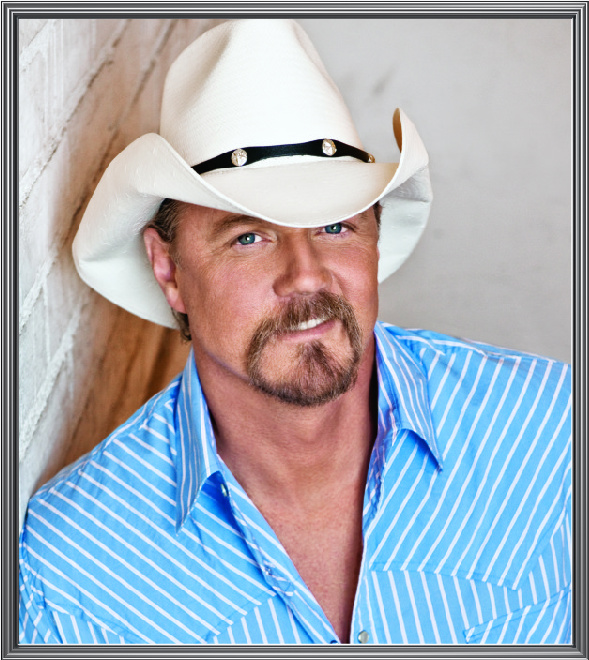 Trace Adkins is currently on his Songs & Stories Tour where he’s been road-testing his latest single, “Them Lips (On Mine).”

This week, when Trace Adkins’ crew made a pit-stop at Arby’s, they discovered a familiar face on their drink cups, prompting Adkins to tweet “My picture is on an Arby’s cup! 2012 version of “Have you seen this person?” on a milk carton. Didn’t know I was missing.”

Fear not, he’s simply one of three artists participating in Arby’s®  ‘Snap and Rock’ Sweepstakes where fans have a chance to win an Ultimate VIP Concert Experience with Taio Cruz, The All-American Rejects or Trace Adkins.

According to a press release from Arby’s on Monday 7/30: Arby’s ‘Snap and Rock’ sweepstakes makes it easy to win prizes including free food, Pepsi gear and music downloads by simply ordering* a Pepsi beverage at Arby’s and snapping a picture of the cup. Three ultimate winners will receive a grand prize VIP concert experience with Taio Cruz, The All-American Rejects or Trace Adkins.

‘Snap and Rock’ is simple to play: from now through September 15, snap a picture of the side of any-sized, specially-marked Arby’s fountain cup with your favorite artist – Taio Cruz, The All-American Rejects or Trace Adkins – and send the picture via email or text to Arbys@pongr.com to enter for your chance to rock out with a VIP concert experience. Additionally, with every picture sent, fans will win other great prizes from Arby’s and Pepsi. Snap, Send and Rock!

Arby’s makes it even easier to win by offering a special coupon for a Roast Beef Classic Combo meal, complete with the ‘Snap and Rock’ cup to play, for just $3.99. To get the coupon, head to the Arby’s Facebook Page from Aug. 8 through Aug. 14, 2012.

In addition, Arby’s is challenging fans to visit PlayArbysSnapAndRock.com and press their luck in order to prove that everyone is a winner with Snap and Rock. Beat the odds by creating personalized bad luck chain letters to send to Facebook friends with ‘The Chain Letter Generator,’ and share them via Facebook, to encourage them to visit Arbys.com and learn how they too can win with ‘Snap and Rock.’ Or, tempt fate by smashing every mirror in sight with the ‘Mirror Mirror’ game, proving that even the unluckiest person in the world is still a winner with ‘Snap and Rock.’ Last but not least, keep tabs on who is winning what by checking out all the chatter online with the special hashtag, #SnapAndRock.