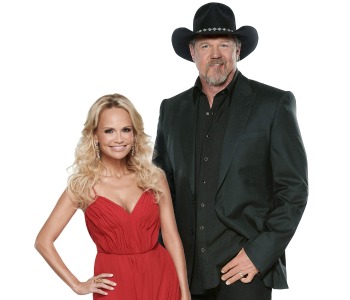 “The ACAs honor the best and brightest of country music, from the hotshot breakthrough artists to the icons,” said Adkins. “I’m looking forward to cutting loose again with Kristin, who’s quite the firecracker comedienne, while we also take viewers through an evening of great music and awards.”

“I’m excited to return to the ACA stage with Trace and his big personality and even bigger boots,” said Kristin Chenoweth. “We had a blast last year and I plan to pull out all the stops to make sure everyone has a good time!”

The AMERICAN COUNTRY AWARDS is the only country music awards show that gives fans the opportunity to vote for their favorite artists not only in traditional categories but also in previously unrecognized areas of the business such as touring, encompassing the entire spectrum of country music and bestowing honors that no other awards show has.