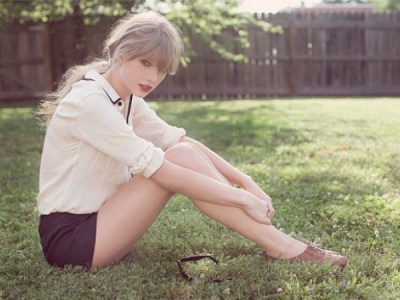 VH1 has announced the newest artist lineup of its critically-acclaimed original music franchise “VH1 Storytellers.” This season will continue to deliver intimate stories and live performances from some of the most popular and influential artists of our time. VH1 is crossing genres by recognizing three of the most celebrated and successful musical talents in rock, r&b, and country music. Featured artists will include Grammy Award-winning, multi-platinum artists Taylor Swift, Alicia Keys and P!nk. The new season premieres Sunday, November 11 at 11pm ET/PT on VH1 featuring Taylor Swift.

Taylor Swift has career record sales in excess of 22 million albums and 50 million downloads. Twenty-two year-old Taylor is a six-time Grammy winner, and is the youngest winner in history of the music industry’s highest honor, the Grammy Award for Album of the Year (for Fearless, released in 2008). Her 2010 album, Speak Now, was lauded on Rolling Stone’s prestigious The 50 Greatest Albums of All Time (by women) list, and Time magazine has named Taylor one of the 100 most influential people in the world. She is Billboard’s Woman of the Year, the reigning American Music Awards Artist of the Year, and both the Country Music Association and the Academy of Country Music’s current Entertainer of the Year.