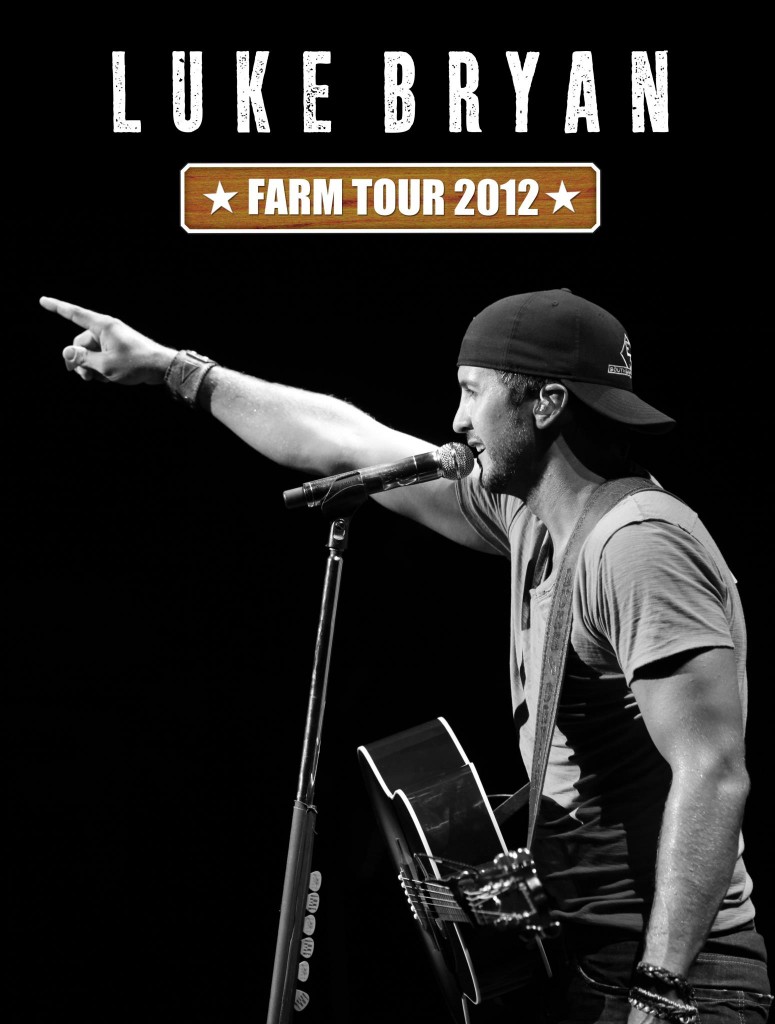 Country superstar Luke Bryan will embark on his fourth-annual “Farm Tour” 2012 set for this October with eight concerts planned through several southern states, including five in his home state of Georgia.

For specific ticket and venue information, including where to get tickets locally, stay tuned to www.lukebryan.com/farmtour. *Tickets for Claxton, Clemson, Auburn, Colbert and Macon will be available for purchase online at 9am CST/ 10am EST today, Friday, Aug. 17.

The idea for the “Farm Tour” concerts came from Bryan as a way to give back to local farming communities by celebrating and lifting up the American Farmer and offering a fun escape with the outdoor shows. Proceeds from the concerts will go to a scholarship for a student from a farming family attending the local college.