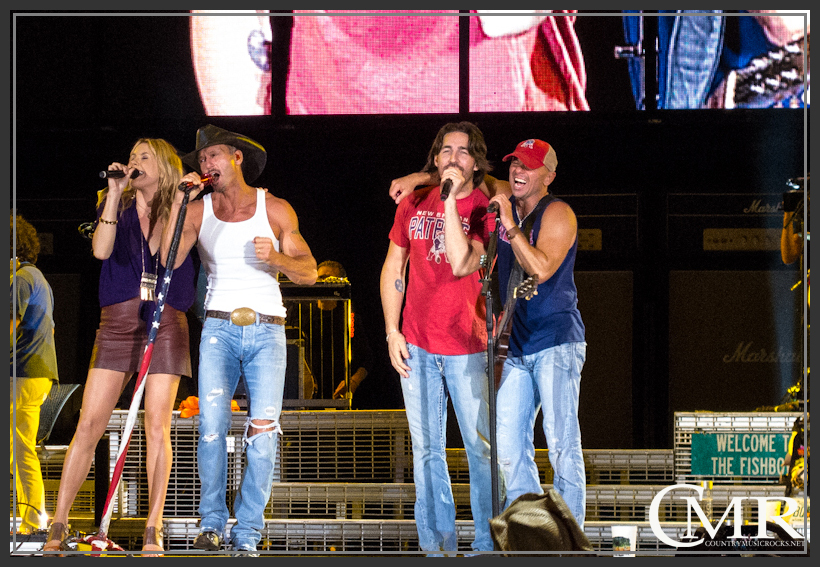 Kenny Chesney and Tim McGraw closed out the Brothers of the Sun Tour last weekend in New England at Gillette Stadium. Playing to a crowd of over 111K fans over the course of two nights, Country Music was as much a part of Patriots Stadium as football. Throughout the weekend, Chesney, McGraw, Jake Owen & Grace Potter left many memories for thousands of fans to take home with them. 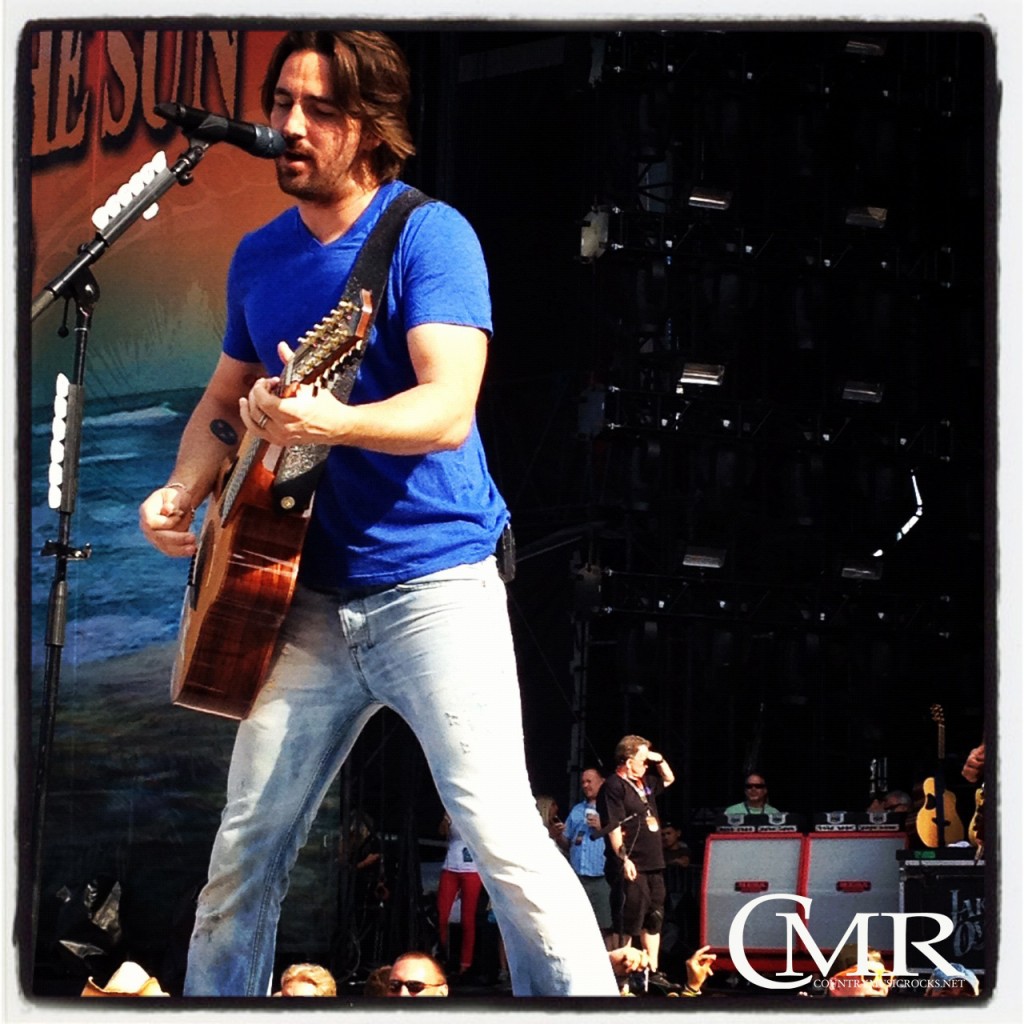 Jake Owen’s opening set was strong right from the start as he played hit after hit that fans enjoyed and sang right along with him. From hits such as “Eight Second Ride” to “Barefoot Blue Jean Night”, and several in between, including Van Halen’s classic hit song “Jump”, Jake rocked the stage from the first note to the very last. Owen was right at home on that big stage and soaked up the stadium atmosphere. 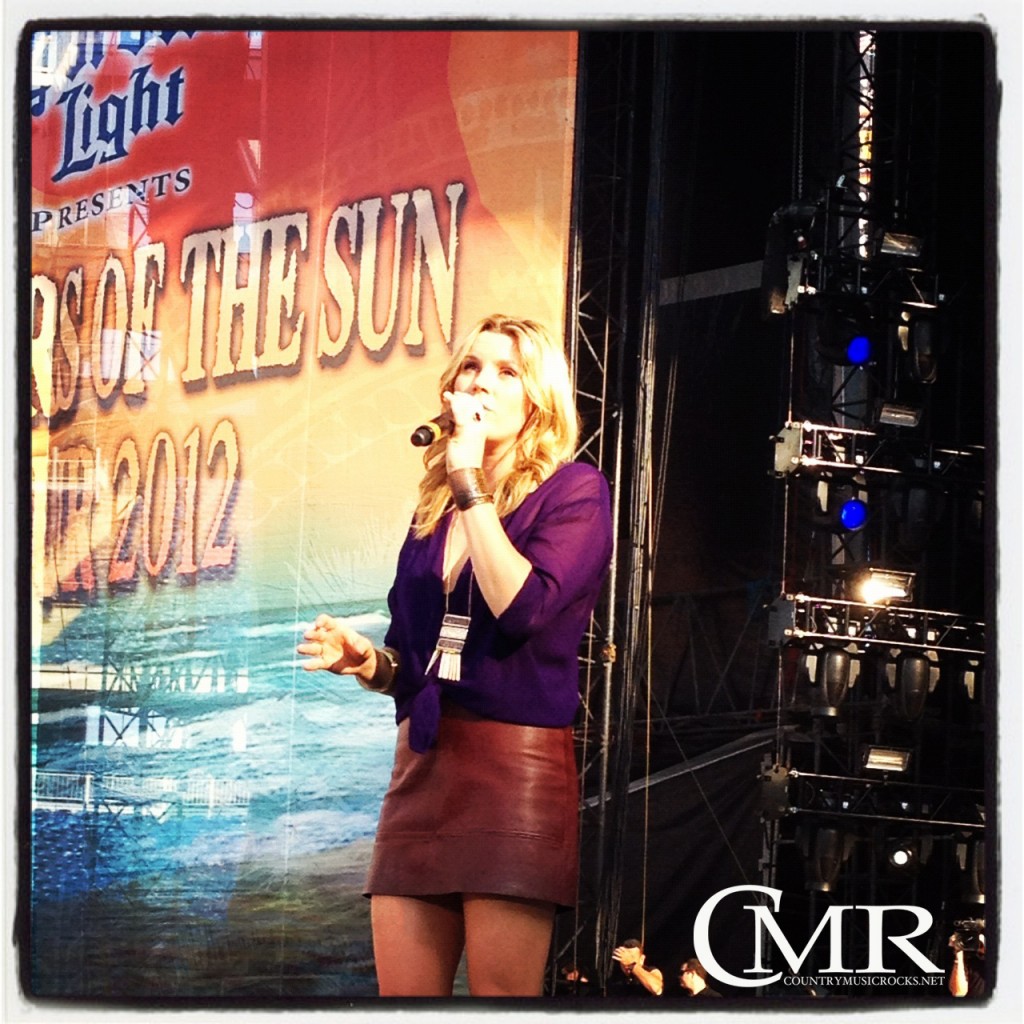 Grace Potter did an impressive job entertaining country fans filling up the stadium. Grace walked on stage without her band and sang her first number completely a cappella. Its know wonder Chesney has included her on two of his tracks. Grace’s vocals are absolutely amazing and her energetic performance was embraced by country fans. Later on in the evening, Grace thanked Kenny for bringing her on the Brothers of the Sun Tour by giving him a custom Flying V guitar. (See Photos HERE) 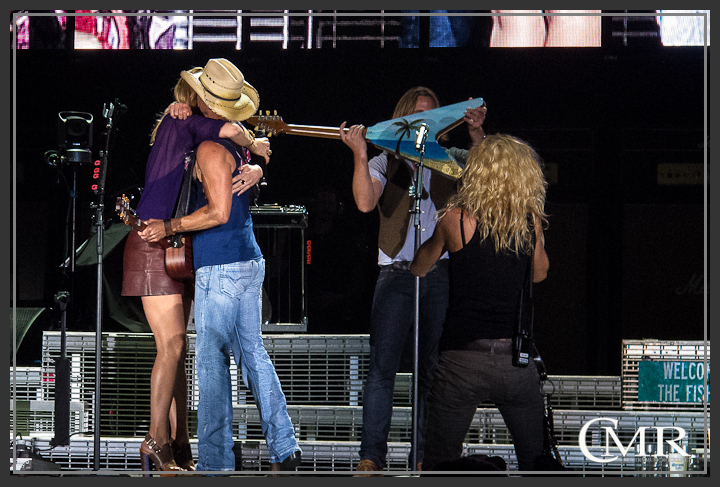 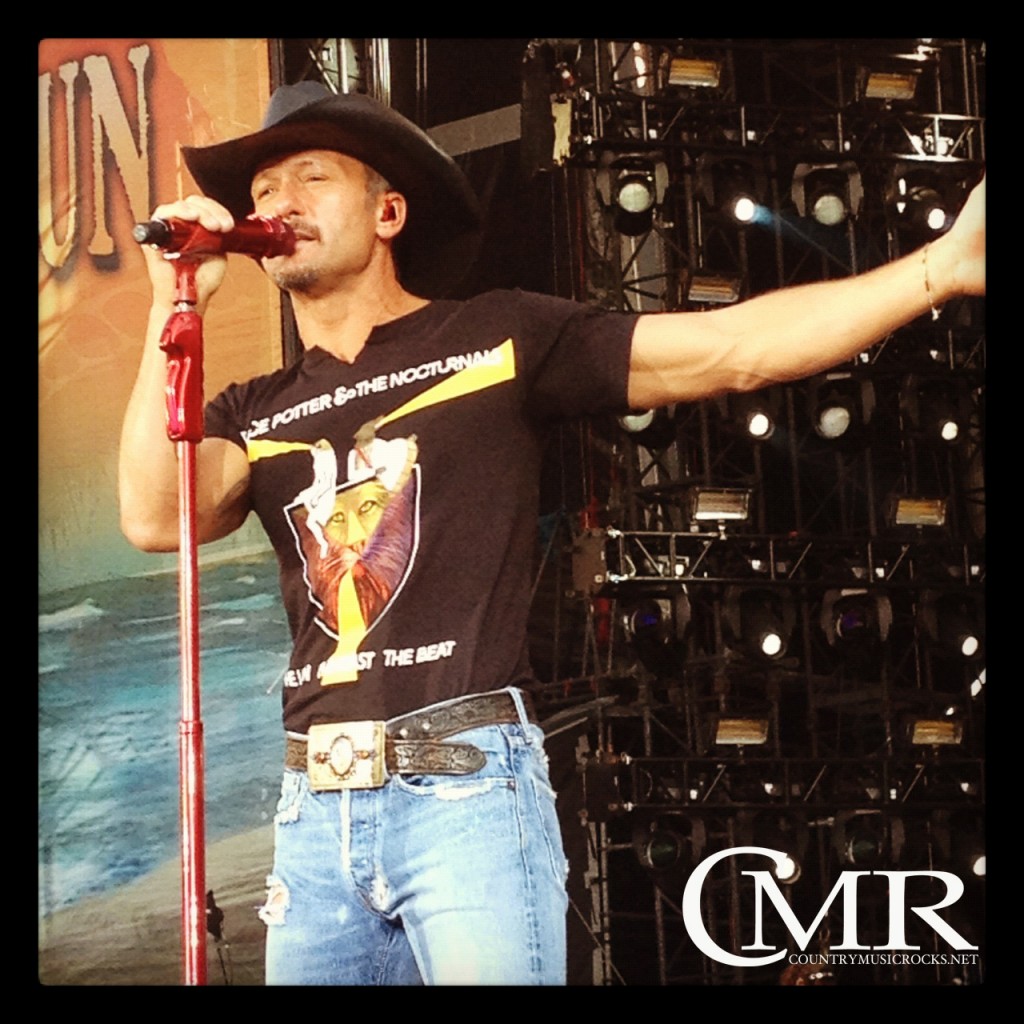 Tim McGraw hit the stage with a ton of energy and an amazing set list for fans to sing along with. McGraw performed hit after hit while bringing the afternoon sun to its horizon. McGraw rocked his well known hits such as “Something Like That”, “I Like It, I Love It”, “Southern Voice“, his new single “Truck Yeah”, and Many Many More. His ballads rang strong and clear throughout the stadium as he sang “Better Than I Used To Be”, “The Cowboy In Me” and impactful “Live Like You Were Dying”. One highlight of Tim’s set was when he started singing, “I Need You” which included an appearance by his wife – Faith Hill. Faith was moved by the song & teared up as she performed the duet. (See More Photos HERE) 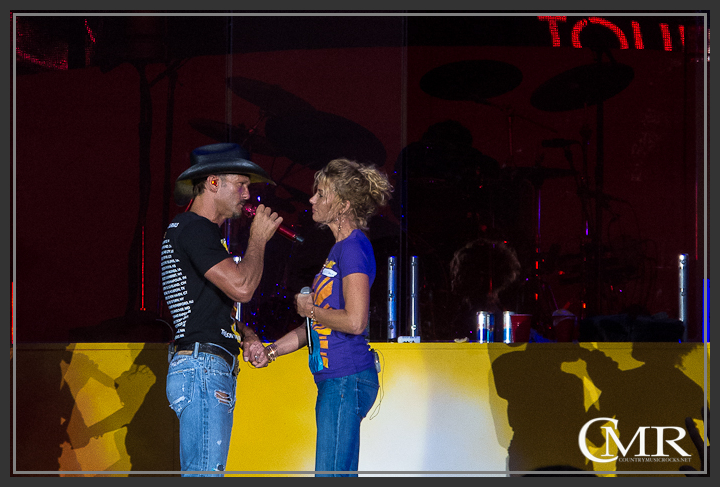 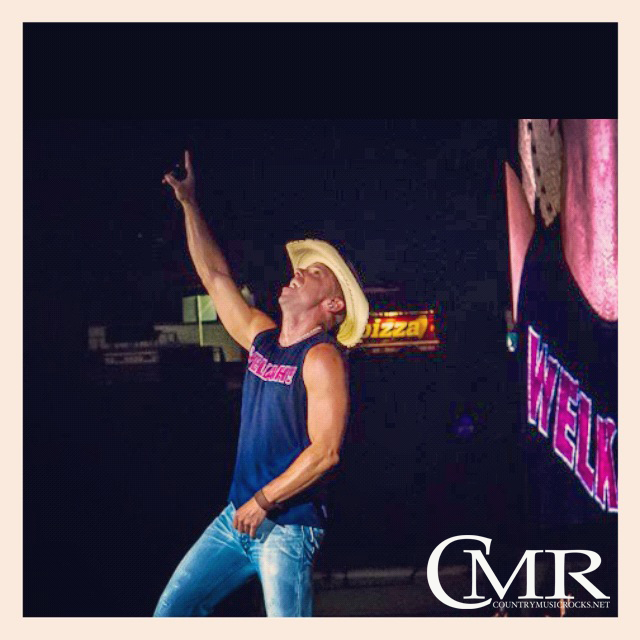 Every summer Kenny Chesney puts on a top-notch show and this year was no different. Rising from the stage playing “Beer In Mexico”, Chesney interacted and entertained the crowd who he gave them the title of “No Shoes Nation”. Looking around the stadium and seeing the tens of the thousands of fans coming together to enjoy amazing country music is such an elating feeling. One could only image how Kenny feels up on that stage as fans sings his songs back to him word for word. Grace Potter once again joined the the stage to perform the smash hit “You And Tequila”. Kenny treated fans to the first live performance of “El Cerrito Place” with Grace Potter and indicated that it would be his next single off the Welcome To The Fishbowl album. The evening continued with several more songs, including old favorites such as “Guitars and Tiki Bars” as well as “Old Blue Chair”. McGraw joined Chesney onstage for their hit duet “Feel Like A Rock Star” and continued playing together on Chesney’s “She Thinks My Tractor’s Sexy” and McGraw’s “Indian Outlaw”. Grace & Jake Owen came back out to perform classic hit “Runnin’ On Empty” with Kenny and Tim bringing the evening to an end.

Did you enjoy a Brothers of the Sun Concert this year??? Leave a comment & share your favorite memory!